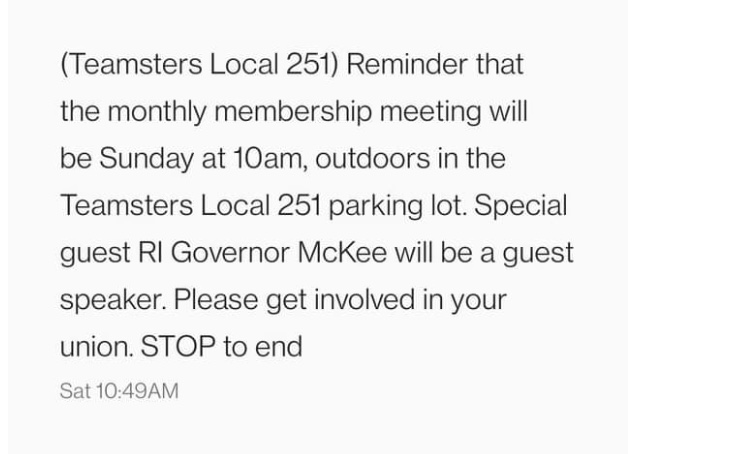 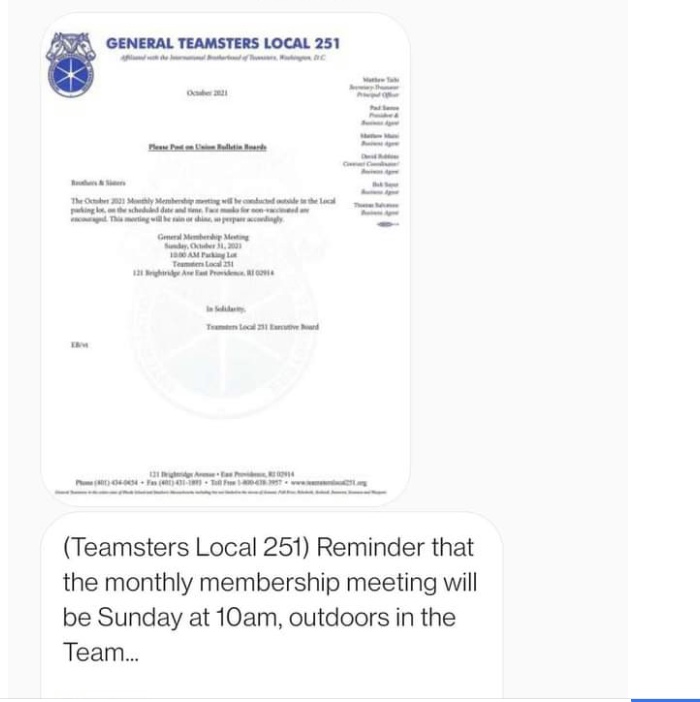 It is interesting what Rhode Island Governor Dan McKee considers to be his “public schedule.”  On Sunday October 31, 2021, Governor Mckee had no public events listed for the media, yet he was making an appearance as the main guest speaker. McKee was the keynote speaker at a Sunday morning meeting in a parking lot for the Teamsters. Why hide this? It is not a fundraiser and the press could have caught up with him before the speech and after the speech. The speech also took place outside in a parking lot so how private was it? It maybe one thing if Governor McKee does not want to list he is attending a fundraiser but what other special interest groups is he giving speeches in front of? Does the public have a right to know what groups are honoring the Governor as their featured speaker? The Governor has no problem with photo ops and having the media cover him receiving a flu shot but what about who he meets with in secret? Should the public know if the Governor is the guest speaker for a cannabis group or gambling organization? The schedule claims “no public events” but he was out addressing members of the public. 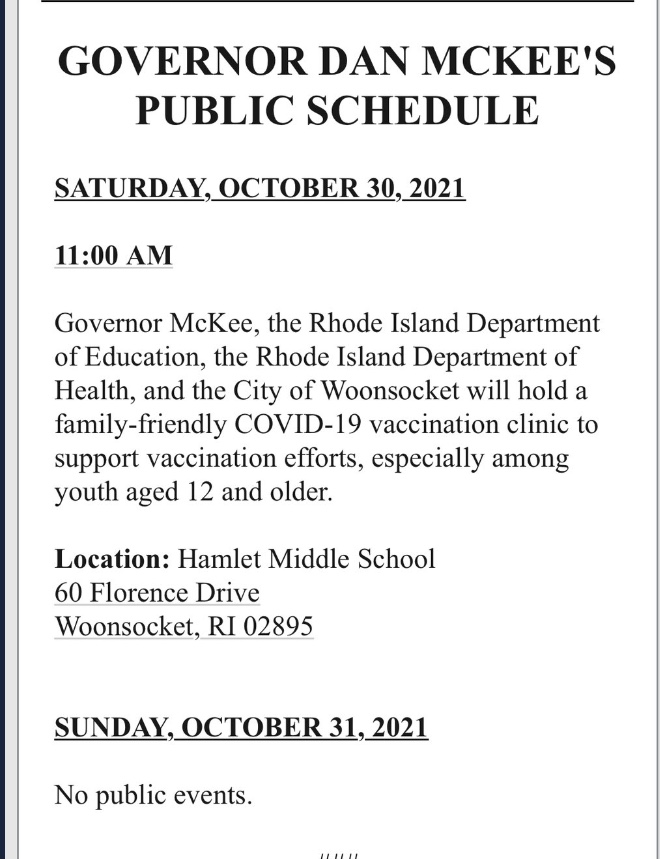 The atheist girls next door