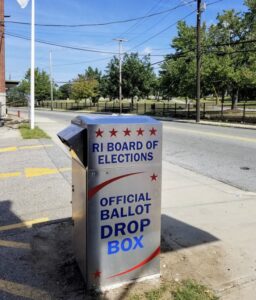 For the past 9 months an employee of the Rhode Island Board of Elections (BOE) has been in communication with DEPETRO.com,  speaking on both off the record communication and on background regarding the 2018 Rhode Island general election.  This individual, (who’s identity is being held to protect their anonymity) has now agreed to go on the record with conditions that their identity, gender, and role at the Board of Elections remain protected. This individual (who will be referred to as “O1″ Officer One) has stated they would cooperate with any law-enforcement investigation but must remain silent for now for fear they will lose their job at the BOE. The information communicated by O1 has been carefully reviewed for both accuracy while at the same time allow this individual the ability to remain protected. 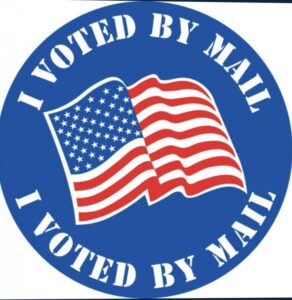 O1 described the ballot situation during the 2018 election as “completely void of integrity.” According to O1, there are “no checks and balances” for who is being registered to vote and who is casting the vote.

“It is extremely upsetting, frustrating and frankly I feel terrible about the current conditions, but we simply don’t know what to do. I do my job the best I can and we have very dedicated professionals working to improve the system but it is basically out of our hands. The amount of ballot harvesting has gone to a higher level and we simply are not equipped to handle it or process it to ensure all votes are legitimate. Campaign workers are finding people, registering them to vote, presenting a mail ballot and then delivering the ballot to the BOE. The opportunity for manipulation of the vote is egregious. During the 2018 election season there were thousands of mail ballots being cast, and I mean thousands, that we knew were wrong but there is simply no mechanism in place to take proper corrective measures to stop it. On one street in the city (Providence) there were over 600 mail ballots and I honestly don’t believe one of those votes should have been counted.”

When asked how O1 could determine that perhaps a mail ballot might be suspect, O1  responded,” X for a signature, large numbers of ballots from the same address, all voting the same in each race, and all with names that are not exactly Smith or Jones.” 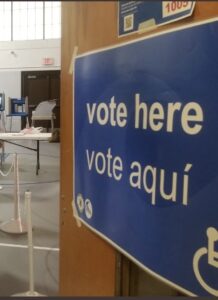 I asked O1 if they suspected illegal aliens were voting and O1 responded with an eye roll. What followed was a game (of sorts) of higher or lower for the number of illegal aliens that voted in the 2018 Rhode Island general election. I began with a guess of “10,000”. O1 lifted their thumb up. I guessed “15,000”. Again the thumb went up. I said, “18,000 illegals voted!?” The reply was “higher.” I said “20,000?” O1 nodded and confirmed,”yup, maybe more.” Before I could ask another question O1 said,   “listen it is simple. Anyone can register to vote which means anyone can vote with no system to verify it. The Raimondo campaign handed in thousands of mail ballots and none of them got tossed.”

I asked O1 about the fact that on the mail ballot form there is a signature stating “I swear by penalty of perjury I am a resident of Rhode Island and a citizen of the United States.” According to O1, in the past 20 years not one person has been charged with committing perjury. Not one in 20 years. O1 would not confirm or deny a report the Raimondo campaign handed in 60,000 mail ballots during the 2018 election. When asked about early voting, O1 said,”If you check the early voting it is the same as mail ballot voting, they just get to vote twice.”

This story is still developing.