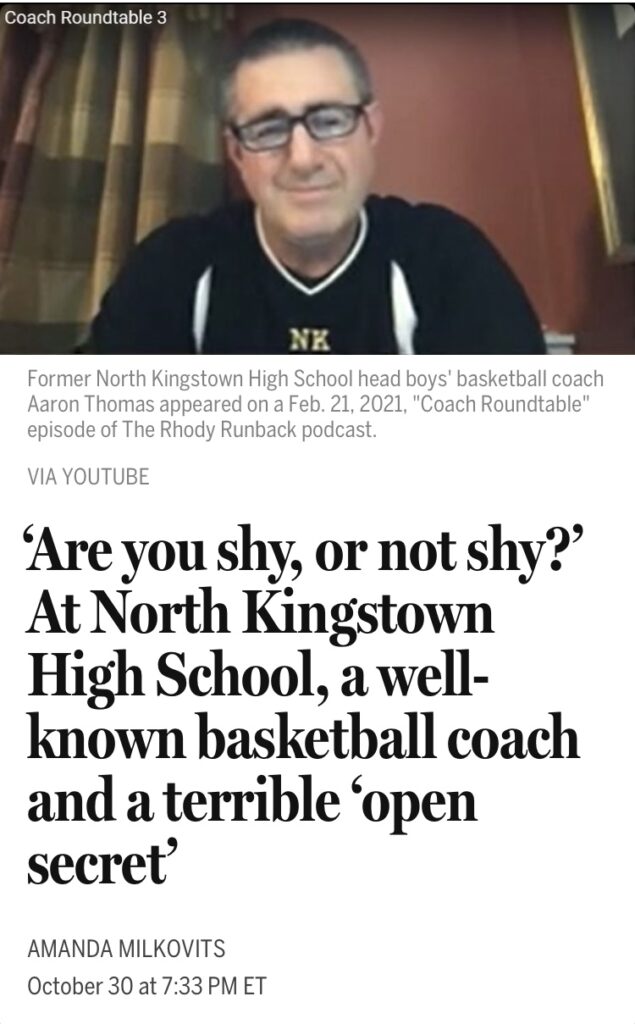 The story is shocking allegations appalling. A long time coach and teacher at North Kingstown Rhode Island high school would allegedly bring young students into a closet off his office, have them strip naked and would touch their bodies. Victims claim other coaches knew about it, joked about it, but nobody stopped it. Teachers reportly heard whispers about it for years but not one moved to put an end to it. If the allegations are true, the entire school department is responsible for instructing young teenagers to “just go along with it” as they enabled Coach Aaron Thomas to perform his “body-fat” test on young nude students. Adults at the high school apparently knew this was going on and did nothing to stop it. One victim claimed he told a teacher who said,” I don’t know and I don’t want to know.” According to media accounts, the coach would allegedly have students strip for him and he would fondle parts of their body. Leadership at North Kingstown High School chose to look the other way and would mention how well the basketball team was doing while ignoring criminal behavior.  Story is developing. 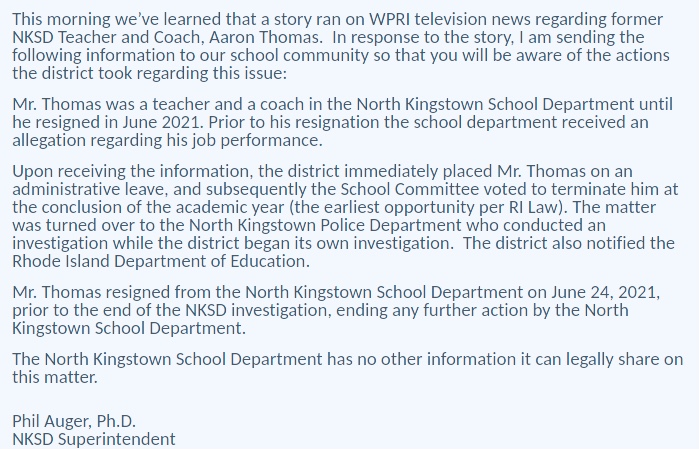