Governor Dan Mckee is set ship all homeless in the state to Cranston. Residents are outraged as McKee will turn Cranston into slum-ville with homeless roaming the streets and living in free pallet housing. Insiders say McKee has chosen Cranston since the city has a republican mayor and other communities with Democrats turned him down. Cranston will have to hire more police as thousands of homeless people flood into the city for the free pallet housing. The story is developing. 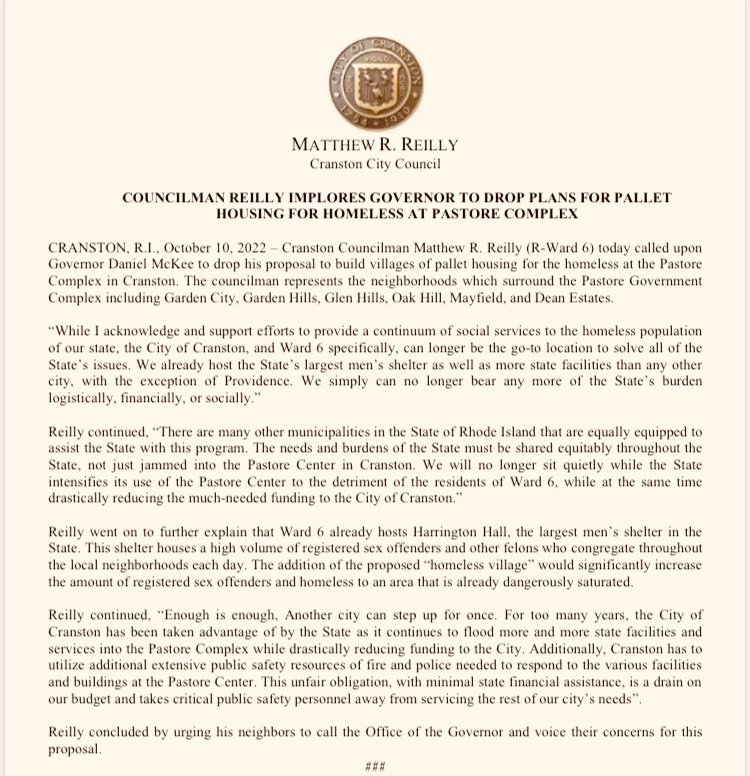 Who is the FBI target?