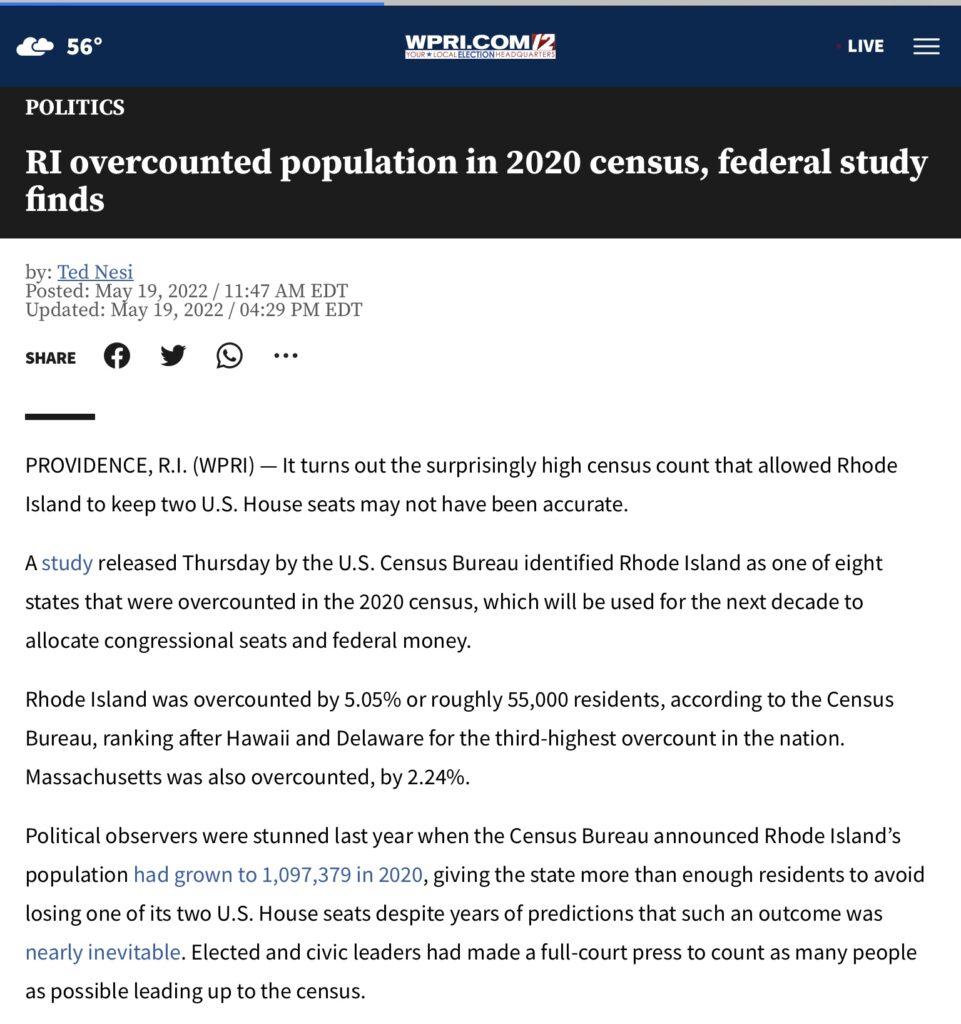 Rhode Island officials have now been caught and exposed nationally for fraud in regards to the state submission for the 2020 Census. Rhode Island has been charged with double counting residents in a fraudulent attempt at preserving two seats in Congress. How did the state do it? Lets start with paying illegals to fill out the Census and bragging about it. Of course the effort was run by Gina Raimondo and Dr Scott. The real number is the state lost over 10,000 residents.

We are to believe close to 45,000 new people moved into Rhode Island? Anyone paying attention know that people are leaving the state for places like Florida and South Carolina. This story mentions that the effort to lure illegals to register for the Census worked with a budget of $1.6 million, with the bulk of the money given out to illegals.

In Olneyville, they started handing out $20 to each illegal to fill out a census, and spent $880,000 to convince 44,000 illegals to claim they are residents of Rhode Island.

The list of trolls who voted for the tolls

Who arrived at Quonset?