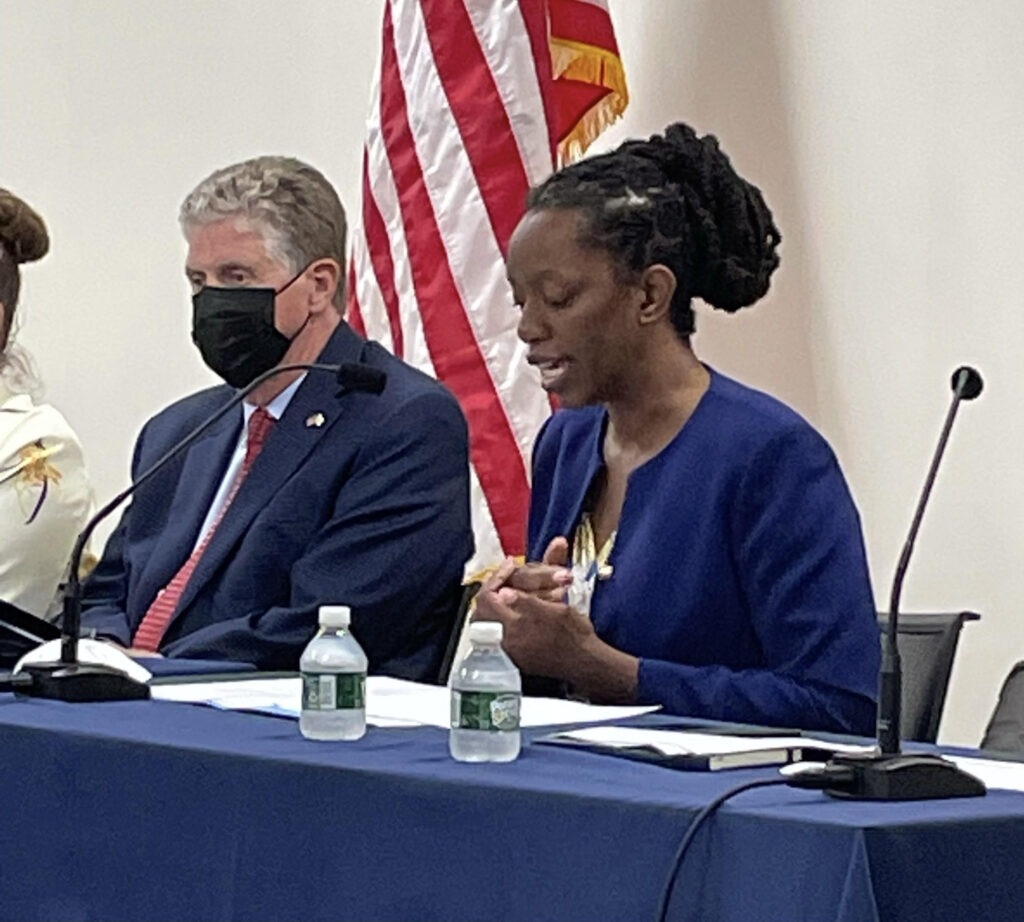 The political future of Rhode Island Governor Dan McKee took a nosedive as his fraught relationship with Dr. Nicole Alexander Scott imploded into public view with Scott abruptly resigning the same day President Biden declared the state a healthcare disaster. Scott rose to high profile status at the beginning of the pandemic as Governor Raimondo brought Dr. Scott into the living rooms of Rhode Island on a daily basis. McKee made a major blunder by not replacing Scott in July or August when it became clear their styles simply did not match and her leaving would have been a one day story. What caused the relationship to deteriorate rapidly was a McKee media mouthpiece ( Dan Pork)  who bragged that the Governor shared with him a plan to remove Scott if elected in the fall. Scott angrily confronted McKee who denied the conversation ( with Dan Pork) but the damage was done. The virus plan ( or lack of a plan) regarding frontline workers and the vaccine mandate was a disaster as protesters began to troll McKee at every turn and workers resigned. Tensions built as confidential information was leaked to the media showing McKee ignored warnings from the RIDOH and he chose to take a two week vacation. The past month the state has been a wreck with testing problems , delays and negative news coverage. Will this impact McKee in a Democrat primary?  It will not help. Governor McKee seems completely overwhelmed in the job as Governor after he got off to a good start in the spring. The McKee team always are reacting to the news as opposed to setting the narrative of the news cycle.

Video: Trash on streets of Providence

People are smart and get it