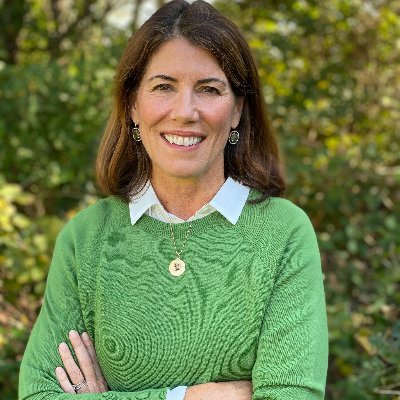 Helena Foulkes, the wildly successful former CEO of CVS, has entered the race for Governor in Rhode Island and should either fire who is providing her political advice or realize they are actually working for someone else. The interview done with Foulkes on WPRI Newsmakers provides insight to the impossible task Foulkes has assigned herself. .https://www.wpri.com/news/newsmakers/newsmakers-12-3-2021-helena-foulkes/

A question that needs to be answered is whether Foulkes wants to win or whether she only wants to win as a Democrat. There are already three buzz words that will doom her in Democrat debates and attack ads/mailers: Trump, Mitch McConnell and OxyContin. Ted Nesci of WPRI was quick to ask about Foulkes donating to a CVS PAC that donated to Trump. Should that be a problem in a state where Trump received 200,000 votes and did better than any Republican since Bush in 1988? It is only a problem in a Democrat primary. In a general election, Foulkes could easily say she works both sides of the aisle and politics has become too much of a blood sport. Is it a problem Foulkes donated $500 to Senator Mitch McConnell in 2014? Again,  only in a Democrat primary. McKee, Nellie and Seth will pound and bombard Helena on the debate stage by mentioning the names of Trump and Mitch every two minutes with disgust.  In a general election, Foulkes could mention that she has also donated to Obama, Hillary, Gina and Reed and part of being in business is supporting ideas over political parties. While she was at CVS, the company made a fortune off the drug oxycontin. That is a general problem but CVS also made great strides in different areas and the experience provided her with insight to attack the drug problem as Governor.

Foulkes has said,” I am not a politician” but she sounds like one and is running like one. The path to Smith Hill for Helena Foulkes is running as an Independent for now, becoming a Democrat later. Someone who is “not a politician” would run as an Independent. The Republican party has no strong candidate and Foulkes could win Republican leaning Independents. Helena would be far better off listening, learning, and watching the Democrat candidates ripping each other and prepare for the winner in September. Foulkes will be a “Bloomberg” type punching bag on the debate stage and it will be tough to fight four different fronts. By running as an Independent, Helena Foulkes would see why voters are fed up with the political back and forth between both parties. A successful, well educated former CEO that is not tied to either party is far more attractive than another Democrat battling it out with McKee, Nellie and Seth. Mike Bloomberg was a Republican who switched to Independent as Mayor of New York. Gina ran as a Democrat but Gina first ran for General Treasurer. If the consultants were honest with Helena Foulkes they would tell her the path to victory is to run as an Independent, not to battle it out in a Democrat primary with the likes of Brown, McKee, Seth and Nellie. The Independent CEO who is above the fray and ready to work with everyone, not another Democrat in the gutter. Foulkes would be wise to watch the movie Moneyball where actor Brad Pitt, playing Billy Beane, tells the scouts of the Oakland A’s, ” if we play like the Yankee’s in here we will lose to the Yankee’s out there.”

Would it be a problem if she decided to run as an Independent? Only in a Democrat primary.