Frontline workers and veterans were disrespected and mistreated at a peaceful protest at the Cumberland home of Governor Dan McKee Friday night. Over 50 members of state police and Cumberland bullied a crowd of mostly women frontline workers who were protesting the vaccine mandate that has put hundreds out of work. First, protesters were told they cannot park on Cumberland streets. Huh? Can you imagine the reaction if 200 BLM protesters were told they could not park on streets in the town of Cumberland. State Police were they very aggressive and instigated fights with the frontline workers. State Police had zip ties visible and ready to be used to arrest female nurses protesting. After twenty Black Lives Matter protest last year, never were zip ties visible and ready to be used. A marine was arrested while praying in front of the home of Governor Dan McKee. Another veteran was arrested for asking the badge number of state police. BLM was never treated this way. A complete disgrace by Governor McKee and the state police. 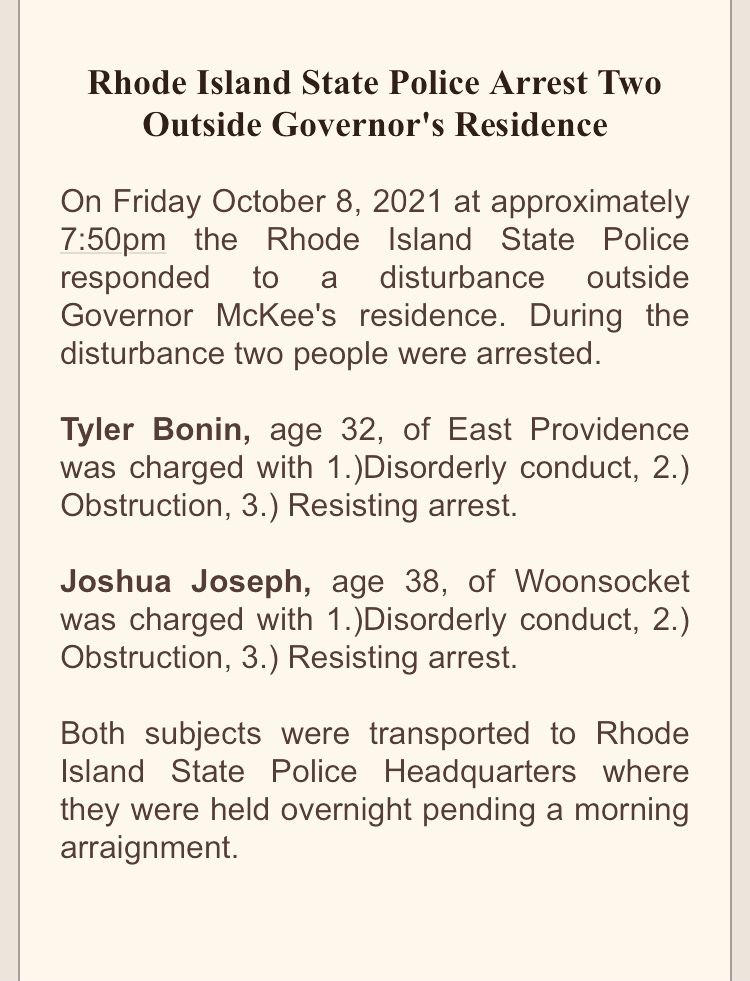 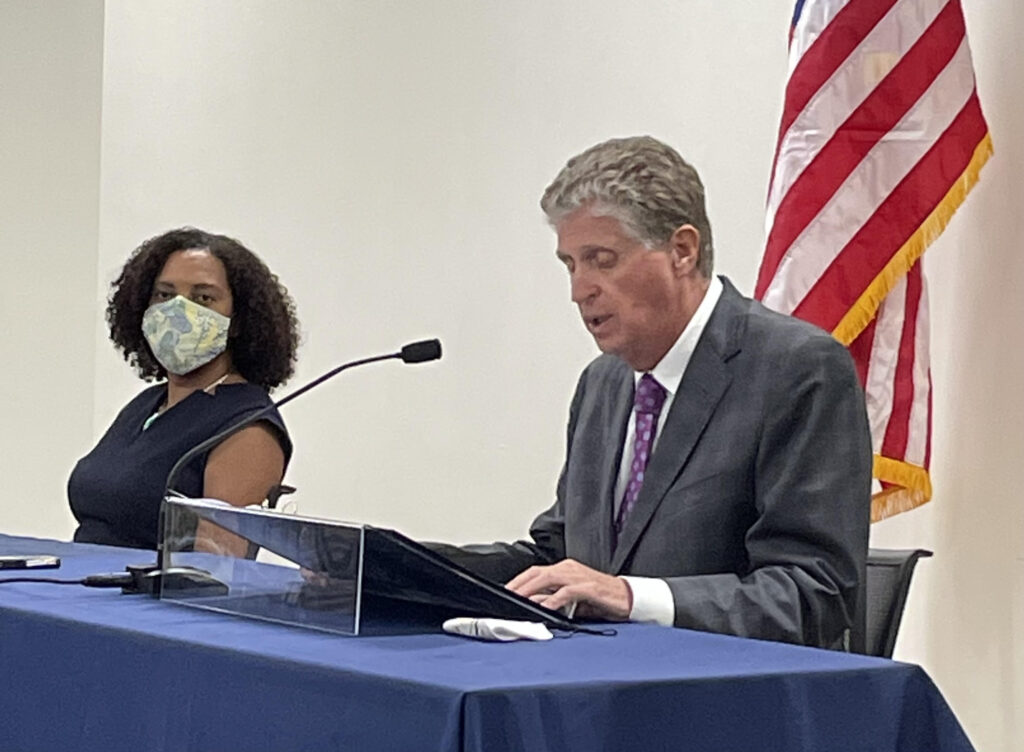