It was a new low by local media on Sayles street Friday as the family made wild accusations of racism but failed to back them up. Not one follow up question was posed to the family that created the turmoil on June 29. The media took everything that was said verbatim as if it were not even possible most of what was said was untrue. What was most telling was the media present this past Friday was failing to ask “if any family involved on June 29, had destroyed a House of Hope in the Norwood section of Warwick. DePetro.com reported “some of the family” had lived at the home at 165 Pettaconsett avenue. Instead, the media loved that Taffi Moore stepped forward and said,” I have never lived in Warwick, I have lived here for ten years.” Nobody ever said Moore lived in Warwick but many family members involved on June 29 had. Warwick police confirmed they were called out to the house at 165 Pettaconsett avene multiple times for disturbances and that Alynzea Quaranta resided there with her children until sometime last month.  Quaranta is seen in red (above) and was in the center of the storm on June 29, also standing holding a young child behind Taffi at the first press conference. There are several questions that should have been asked at the Friday press conference: Did any family members involved on 6/29 live in Warwick in the past year? Who keeps instructing you to hold press conferences in-front of your home? Why doesn’t anyone have film of the so-called fire? Have they met with Mayor Elorza? They stated on 7/1 that don’t want the police around but now complain they do not see police? Not one member of the press asked the family about police being called out to the home 42 times in the past year. It is obvious that certain members of the press love the idea of turning this entire story into one of race when it is actually a neighborhood dispute and a family who battles with police.  Not one member of the media challenged the assertion they are just a “peaceful family” despite the fact police have been called out to the home 42 times. They also made false assertions about RIPTA that were quickly proven false. This family is being manipulated like puppets by activist media and BLM PAC.  We wish no ill will towards Taffi Moore and it was not her who lived in Warwick causing thousands in damages to a home there. It is embarrassing the Projo and Boston Globe actually showed up to cover this non-story. 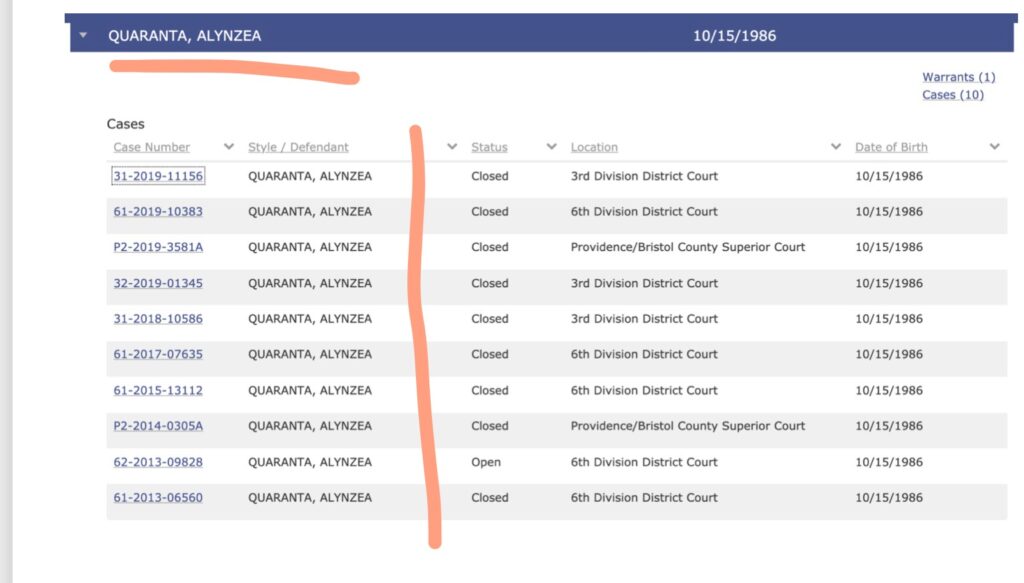 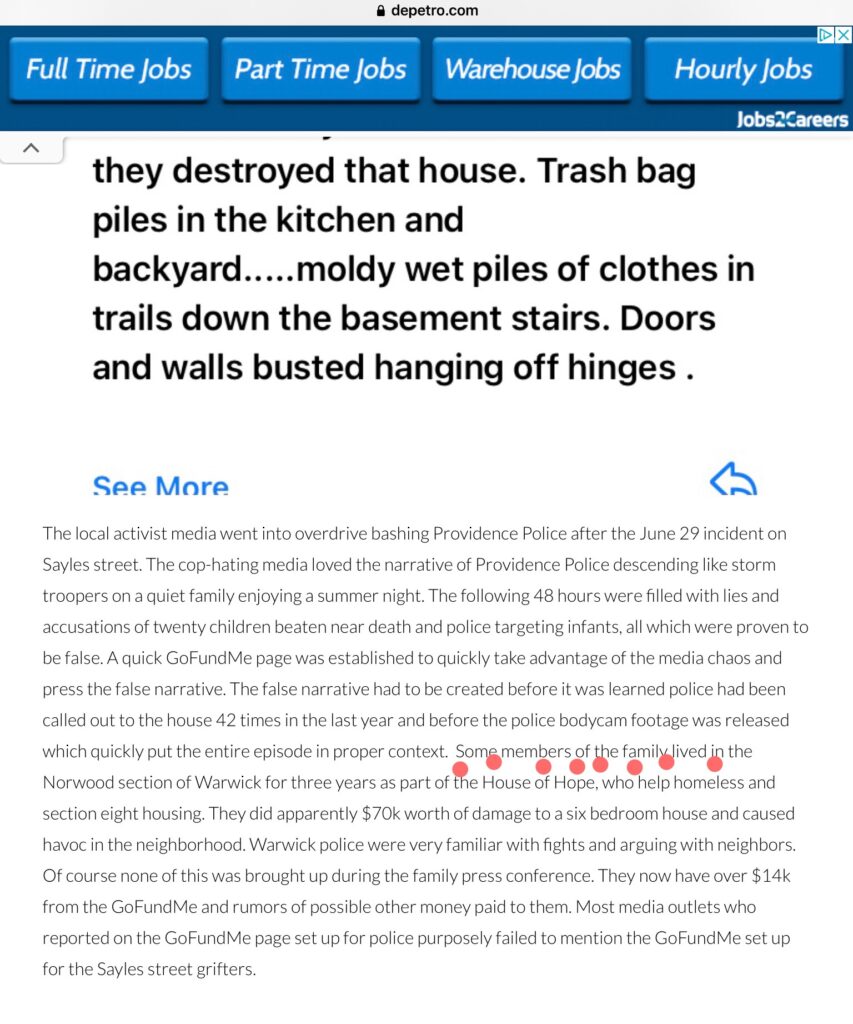