BLM RI PAC made a huge screw up which could result in legal action against them and destroyed any remaining credibility. In an attempt to rile the public up against police, they identified the wrong officer suspended for their actions for the early July car chase in the city of Providence. One would think an organizations still reeling from a series of controversies where they lied or were stretching the truth might be a little more cautious but apparently not. BLM also released a video showing police rendering first aid after a traffic accident following a car chase. 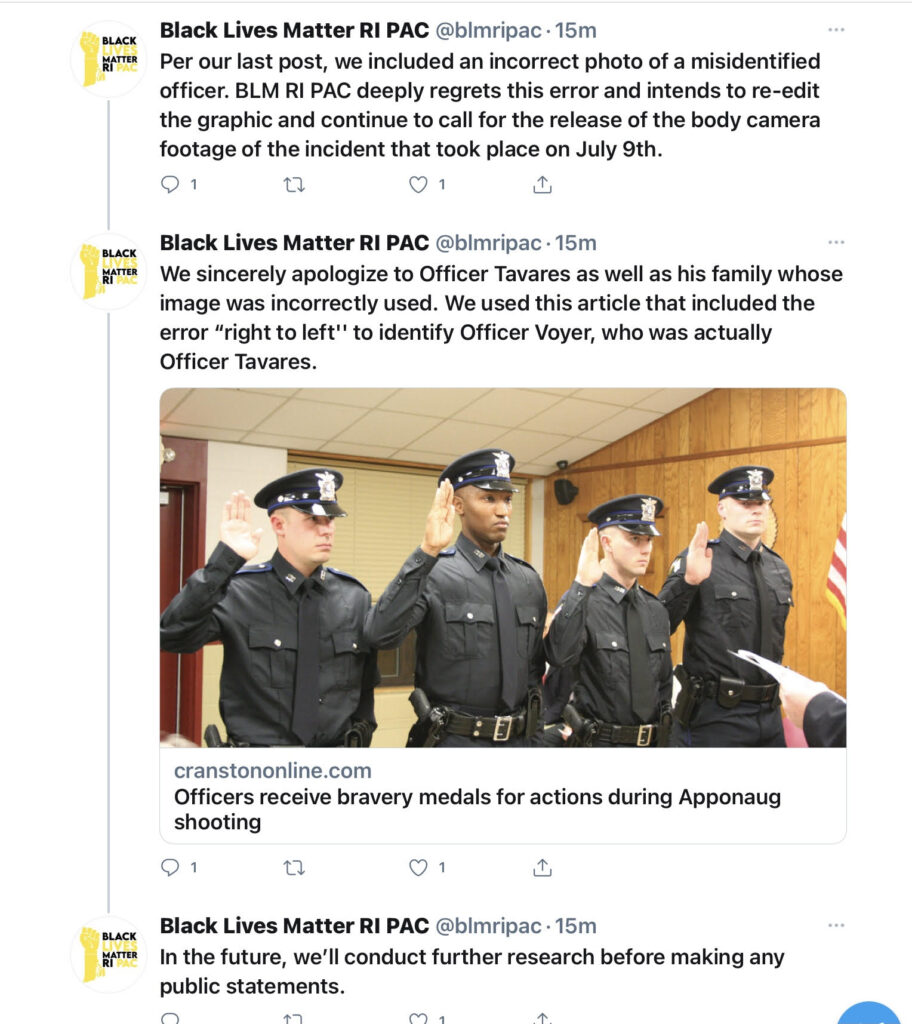 What does Elorza do now?