Providence attorney Shannah Kurland was found guilty Tuesday July 27, 2021 of two counts of assault from the October 2020 attack against Cranston police in a trial in Kent County district court.  A key piece of evidence in the two week trial was the John DePetro Facebook Live stream (Juan After Dark) which was filmed in the middle of the riot on Elmwood Avenue on the Cranston/Providence line last October during a week of protests following the crash of Jamal Gonsalves. DePetro testified for over two hours in open court Monday July 19,2021, despite numerous death threats made on his life since last fall from Antifa, Black Lives Matter and Defund the police anarchist. The Chief of Police in Cranston issued this statement: “I just wanted to pass along my appreciation to John DePetro. His testimony and video of the incident on Elmwood Avenue was instrumental in successfully prosecuting the criminal charges against Shannah Kurland. As you are likely aware, Ms. Kurland was found guilty after a judge trial in District Court this afternoon for two counts of assault on two Cranston Police Officers by spitting in their faces last October during a civil disturbance on Elmwood Avenue on the Cranston/Providence border. The judge noted that based on his review of the video John DePetro Facebook Live provided, the judge concluded the officers used great restraint and there was no evidence that the amount of force used by the officers to place Ms. Kurland in custody was excessive by any means. It is both troubling and reprehensible that Ms. Kurland acted in such a belligerent and assaulting manner towards members of law enforcement as an officer of the court/licensed attorney. I am proud of how my officers handled the incident that night and how all of my officers continue to perform their duties professionally and proficiently during a time when law enforcement often does not always feel appreciated. Thanks again to John DePetro for your fair and thorough reporting. It is recognized and appreciated by all of us who wear a badge and do our jobs regardless of the anti-police rhetoric that is unfortunately prevalent in some cities.”
Colonel Michael Winquist of Cranston Police. 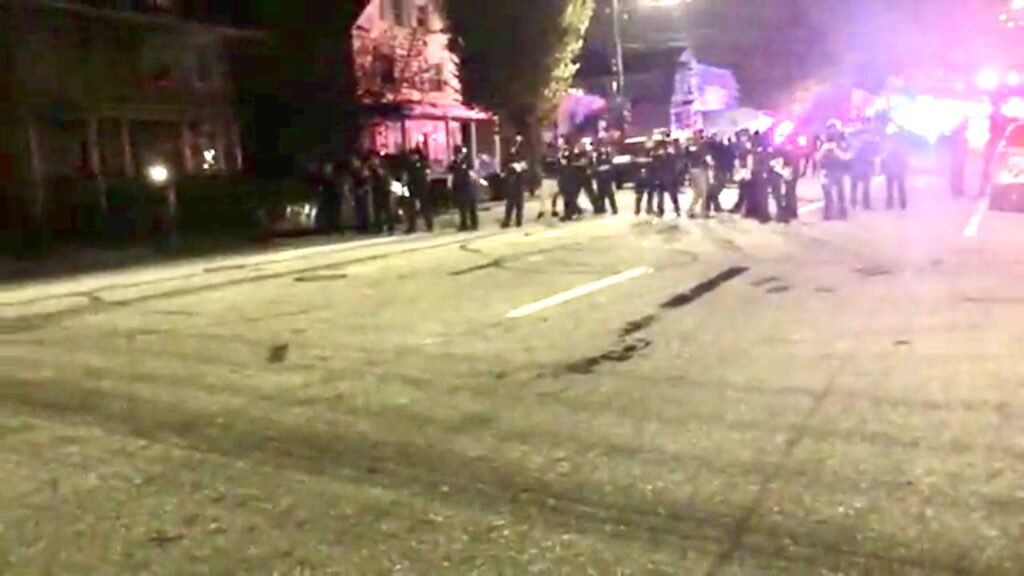 John DePetro issued the following statement:” I want to thank the Cranston Police for their professionalism, service,  unwavering commitment to public safety and remarkable composure . The night of October 21,2020 was not a peaceful  protest on Elmwood avenue, it was a riot. We were hit with bottles, explosives, rocks, soup cans, frozen water bottles and stepped on knives dropped by rioters. I want to thank all police officers across the state for their dedication and sacrifice during this time of unprecedented lawlessness in our country.  Thank you to the incredible award-winning staff at DePetro.com, the Facebook Live-Juan After Dark “no sleep” team, Dolo, Juan nation security,  Safety Management solutions, All State Lock,  Competition shooting supplies and Surplus Provisions. No matter the risk, people deserve real news and we bring it to them.

We don’t retreat, we reload.

One down, many more to go.