Wow. Al Sharpton would be proud. Black Lives Matter-RI-PAC huckster Harrison Tuttle is trying to raise money off the problems at a Cranston apartment building where he did nothing to help. It was puzzling why Harrison Turtle and the woke rep. Brandon Potter showed up on Broad street trying to grab headlines off the problems of an apartment building in Edgewood. They had no authority,  no power, and no resources to help residents of building that the city was helping in light of a situation of an unsafe building balcony. Mayor Hopkins has worked with the residents and even requested the resources of Governor Dan Mckee. It is now clear Black Lies Matter-RI-PAC were trying to use this building emergency as an opportunity to mislead the public and attempt to fundraise off it. BLM-RI-PAC offered no money, resources or nor do they have the power to have any impact on the situation. Cranston Councilwoman Renzulli called them out on it in an attempt to get an answer on what exactly they did to help the residents of the building on Broad street. She could not get an answer because they did nothing. Harry Turtle is out to grab photo-ops, money and lie about the actions of police in a desperate attempt at a money grab. Let’s see if the A.G. will examine the attempt at a money grab by misleading the public. It is time for the local media to grow a pair and start to question the lies and falsehoods put forth by this misguided stooge. Tuttle issued a statement siding with Cuba over the USA and he held a rally in March on Smith hill that drew followers with hand guns. Tuttle most recently lied over the incident on Sayles street claiming Providence Police nearly killed children, beat 20 children  and purposely pepper sprayed infants. Although he is new on the scene, Turtle is basically a pathological liar who is willing to say anything to inflame race-relations in the area, and the media needs to start to question him on his lies and false statements. 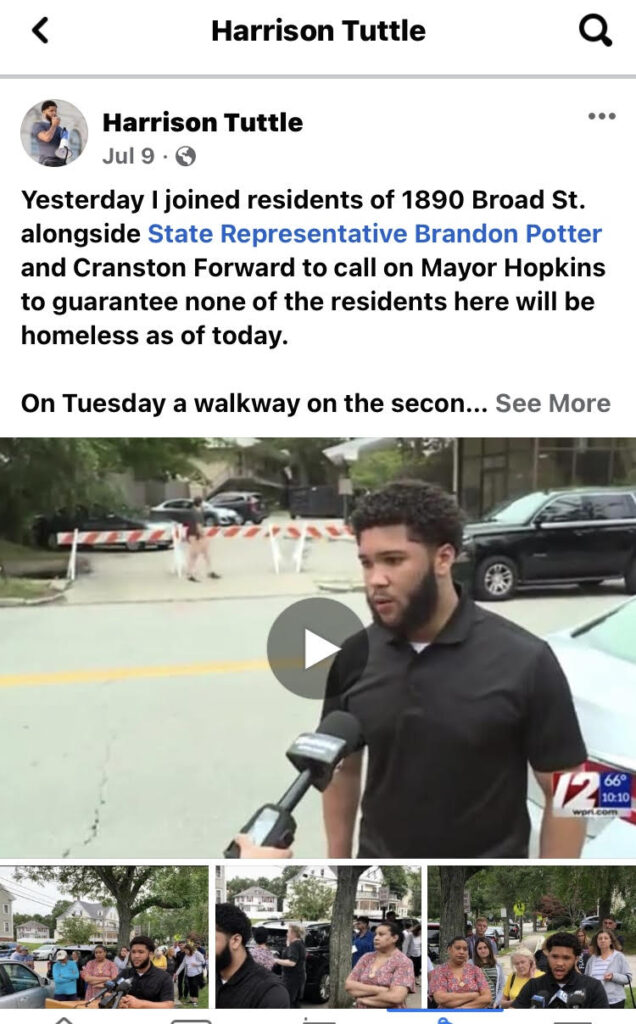 Shannah Kurland arrested and DePetro has the video