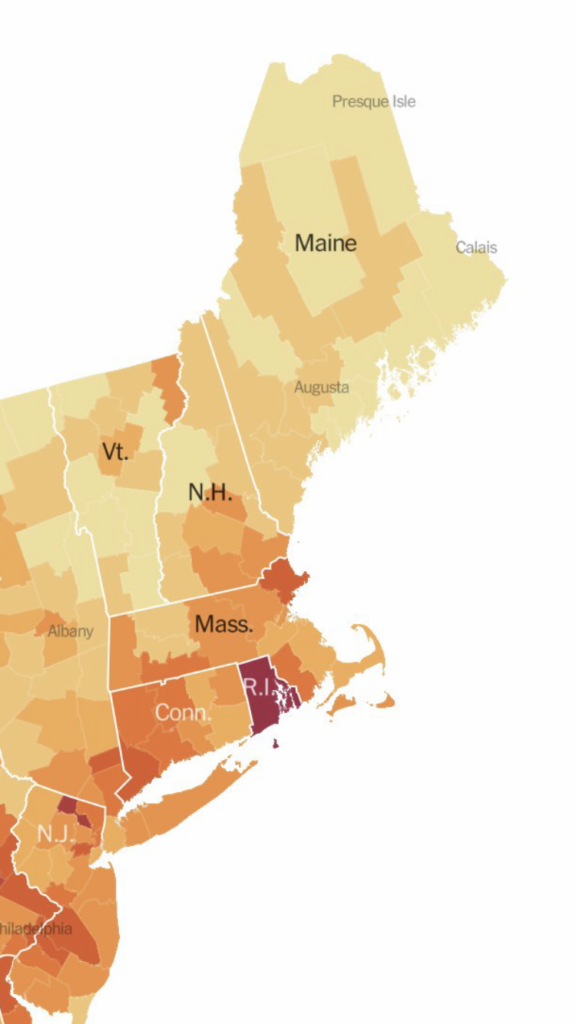 The red wave finally arrives but it is the wrong red wave.  Rhode Island suddenly leads the national news as two field hospitals open and the state begins a two-week “pause,” with COVID raging from Westerly to Woonsocket. Rhode Island experiences a sharp rise in COVID cases as hospitals begin to overflow and all eyes turn to Rhode Island Governor Gina Raimondo as to whether the pause could become a shutdown. Raimondo has come under fire for closing gyms and bar areas in restaurants but the numbers suggest a state out of control and out of step with New England. How did this happen?  Rhode Island has basically followed other New England states with nothing drastically different with policies in Massachusetts or Connecticut. Is it because Rhody is so dense? Density would explain high numbers in Providence and Central Falls but the entire state seems to be suffering with rising numbers. Raimondo has been consistent with her approach to the virus in terms of schools, businesses, and testing but continues to face criticism from those looking to score political points. Listen to the John DePetro Show for the latest.

Cicilline shows off tattoo at beach

To the people of Rhode Island