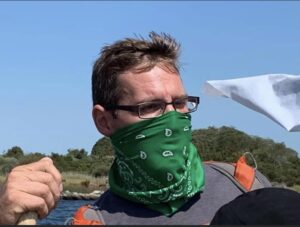 This is what a Labor day loser looks like. Among a fantastic crowd of happy Trump supporters, one lone Labor day loser showed up and held a Black Lives Matter flag without speaking. The “man” seemed depressed and beaten. He would not give his name or who hired him but reportedly told police he was being paid $10 an hour to hold the Black Lives Matter flag to try and annoy Trump supporters. The lone Labor day loser stood on the dock of the pier with a foul odor emulating from his body.  At least one Trump supporter identified the flag holder and claimed he is unemployed, lives in his parent’s basement, and has never been on a date with a girl. His mother reportedly showed up late in the day to give him a ride home. 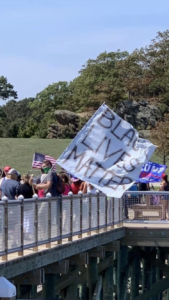 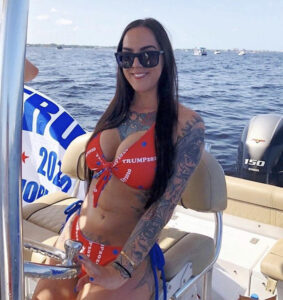 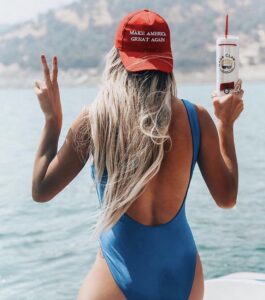