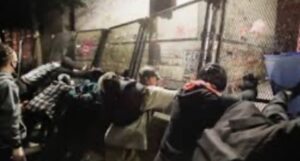 In an interview with WPRI CH 12’s Tim White, Rhode Island Governor Gina Raimondo said President Trump is ” insane and losing control.” Raimondo claimed the President raising the issue of delaying the election due to problems with voting by mail made him mentally unfit and claimed the situation in Portland did not need Federal agents. Raimondo is delaying sending children back to school in person due to the virus and has backed off moving the state further into ” phase 4.” Raimondo has been mentioned as a possible VP choice by Joe Biden.  80% of deaths in Rhode Island have happened at nursing homes. The real message is aimed at elderly voters: if you vote Trump you must be insane and you are not getting out of the nursing home.   So trying to burn down a Federal courthouse in Portland is normal, but voicing opinion on the integrity of an election is insane?

Will Matt Brown tear Raimondo down?