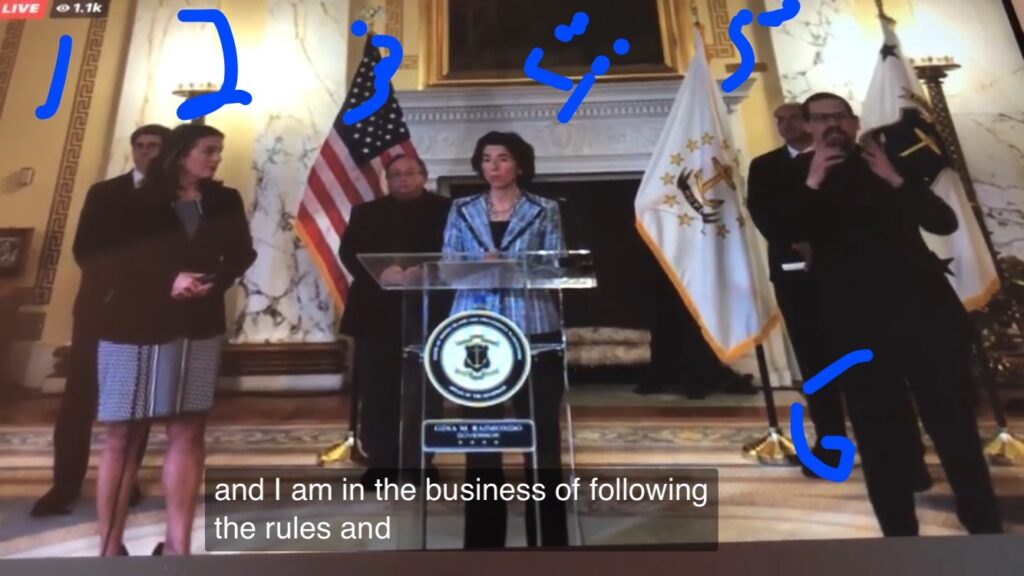 Rhode Island Governor Gina Raimondo refused to budge on her executive decision not allowing the media to attend her daily State House press briefings without any answer of substance. The Governor was asked the question submitted by radio host John DePetro who sited examples of the White House, Massachusetts Governor Charlie Baker and every other leader who allows the media to attend in person or interact by phone or zoom.  The Governor insists the reason is because she created a rule of “gatherings of no more than 5 people” but no one dreamed it would apply to media trying to cover her COVID-19 briefing. Clearly there should be someone on the Raimondo staff who can tell the  difference between five people or more in a circle on Thayer Street and the local media attempting to provide information to the public in a pandemic.

The nation watches daily briefings from the White House press room with President Trump, Vice-President Pence, Dr. Anthony Fauci and as many as eight (sometimes 9) on stage gathered in front of the White House press corp. Does Governor Raimondo imply she knows more than Dr.  Fauci? Would Dr.  Fauci allow this if he felt it was unsafe?  The only reasonable answer seems to be Governor Raimondo prefers to control the press and control the message to the press. Questions are selected with media members submitting them in “real time”,  however there is no opportunity for follow up. The Governor defended her actions by stating the ban on gatherings of five or more people was “her rule and she follows the rules,” oblivious to the fact she had five other people around her at the time. In other words the Governor was saying because I said so and I am the boss.  In reality, it would be very simple to allow each media outlet to send one reporter and separate the media in assigned seats ten feet apart. During the Plunder Dome trial, each media outlet was given limited media passes due to the small number of seats in the courtroom while other media  could follow the trial in an overflow room with a TV monitor. What a moment in history Governor Raimondo has chosen to basically make up the rules as she goes along with no court system open to challenge her.

This is a matter of life and death and should be no time for made up rules by an elected official trying to control the press. It is very telling that in a “time of crisis”,  Governor Raimondo chooses to exert her power in a manner normally reserved for dictators. 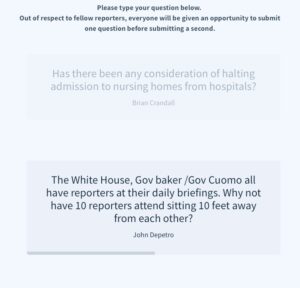 Dana Houle, who protected her account and then unprotected it, has selectively deleted some tweets in this thread, but here are screenshots of her interaction. 4

Listen to the most recent episode of my radio show : Odell Ziegler, a Providence teacher, apologizes for Facebook post encouraging burning the city down . https://anchor.fm/john-depetro-show/episodes/Odell-Ziegler-a-Providence-teacher-apologizes-for-Facebook-post-encouraging-burning-the-city-down-ek4kfd

@realDonaldTrump was in rare form tonight at the rally . He is peaking at just the right time and will be on fire Tuesday night at the debate. Relaxed , hilarious and had a great day with his brilliant selection of ACB. https://twitter.com/teamtrump/status/1310014490772148225