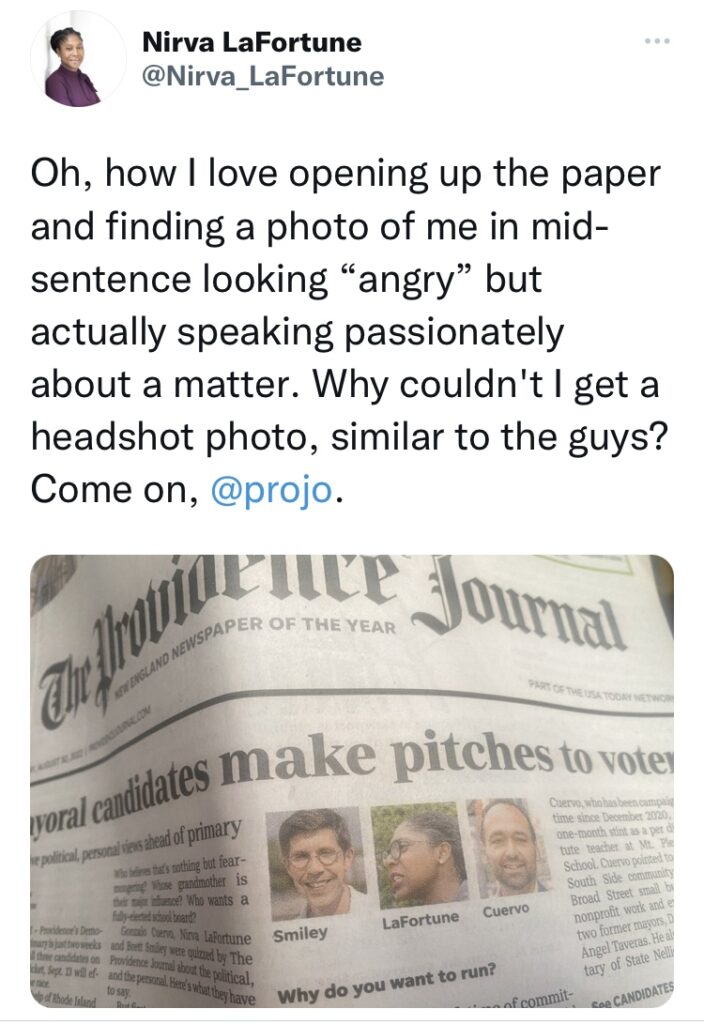 Suddenly the Projo selecting a less than flattering photo is racist. This week Progressive candidates have cried racism and attack media outlets for decisions they felt hurt their campaigns. Nirva LaFortune who is trailing a distant third in the race for Mayor of Providence tore into the Projo for using a photo she felt made her look angry. It is possible she did not care for the photo but was the decision a racist one by the Journal? Or maybe someone just chose a photo that was available? LaFortune also admitted she actually did not contact Fountain street but instead did interviews crying she was wronged. Perhaps it never occured to her to call the editor and have a conversation about it? Is this her style of management? Governor McKee called a press conference last month to scream at a Projo reporter that he felt got a story wrong about him.  Luis Munoz is polling at 1% of the vote, has no money, has never held office, making a second bid for the top job and is not a licensed doctor. WPRI made the right decision by establishing criteria for candidates to participate in their debates and Munoz did not make the cut. After Governor McKee got pounded in the CH 10 debate, McKee realized Munoz is a useful idiot to use up time and return fire at Matt Brown and Foulkes. McKee announces he feels Munoz should be included in the CH 12 debate so ( stop e if you have heard this before) Munoz cries CH 12 is.. wait for it.. Racist! But Nellie is included? And Matos was on CH 12 debating? Enter the twerking Senator Mack who cried racism at the ProJo for Nirva and the struggles of Black women candidates. Mack is not however supporting the black female in the race for Mayor, lol. Munoz was included in the radio debate where he was given the most time of the candidates, was called “Doctor” and treated as though he was in the lead despite polling at 1%. Incredible difference between the CH 10 fiery debate with an experienced moderator and the snooze radio debate that was more fitting for a discussion on who would be the better volunteer coordinator for Save the Bay. 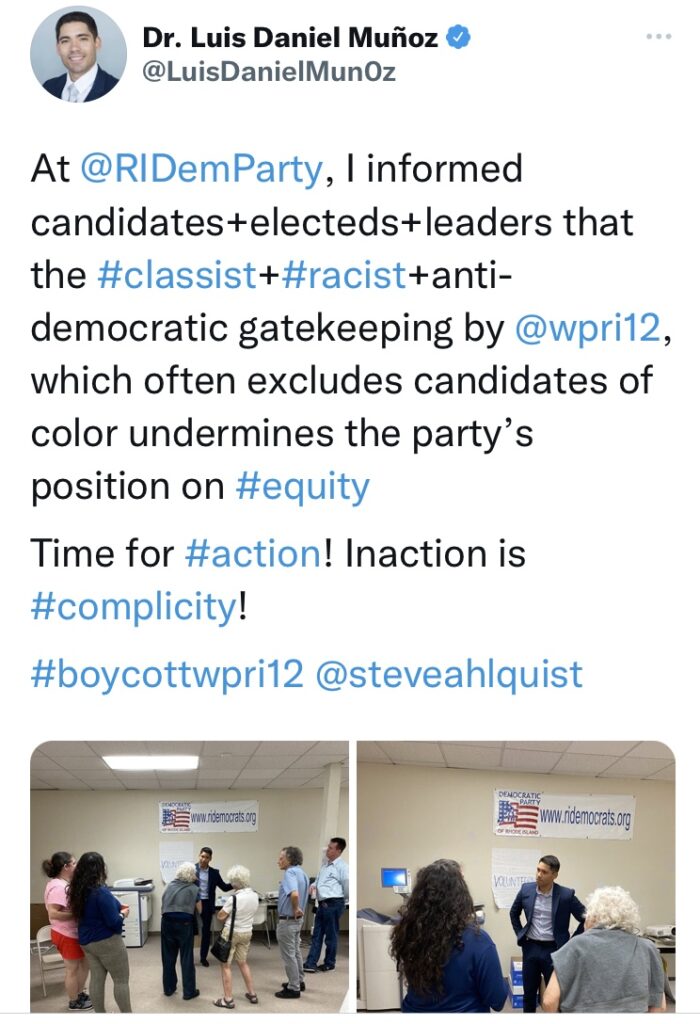 In many ways, the local media is to blame for allowing themselves to be intimated by certain candidates and elected officials when it comes to how they cover them. Mack was given several days to prep for interviews after her twerking video and received little pushback when she explained her shaking her ass upside down had led to “really important conversations and discussions about equity.” 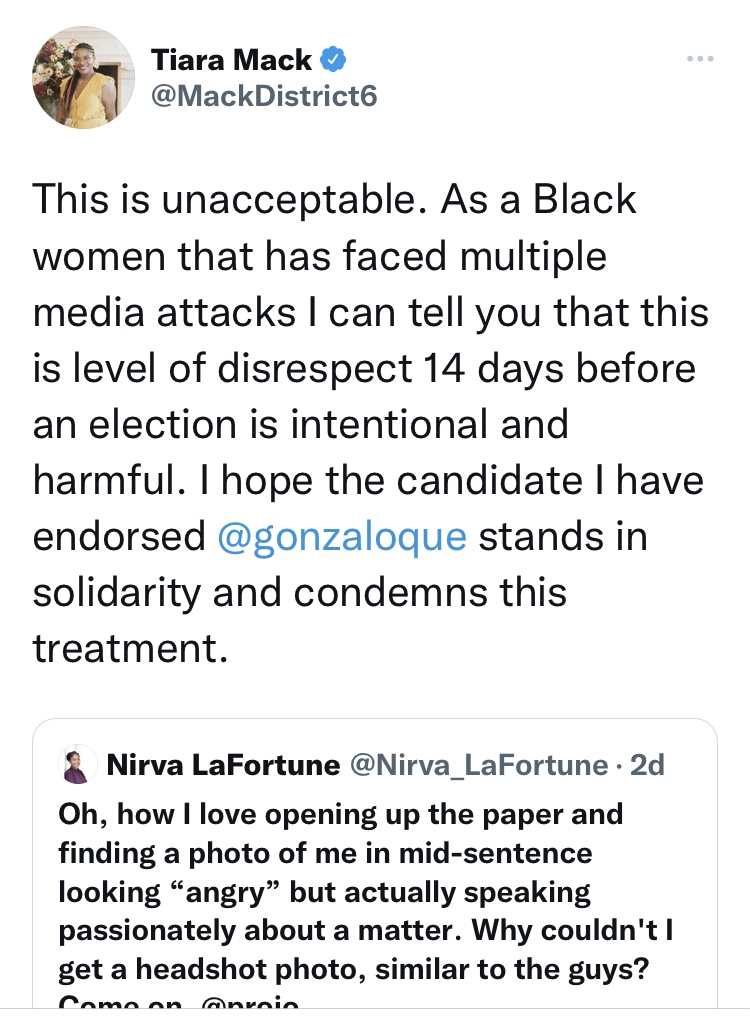 A wet first of the month