Hidden in all the controversy surrounding the Census fraud committed by Rhode Island elected officials is this little nugget: 53,565 Providence residents are “foreign born.” The population of the city of Providence is around 178,000 so about 30% or one third of the city are living in the country illegally. The document below lists the challenges with trying to get illegals to fill out the census. If the survey estimated there were close to 54,000 illegals in 2016, it is safe to guess the number has increased six years later to over 60,000 illegals living in Providence. In other words, you could fill Gillette stadium where the Patriots play with the number of illegals living tax free in Providence. Or, imagine the entire population of both East Providence and East Greenwich combined.  Free schools, free food, free healthcare, and enjoying life in the sanctuary city. It is also remarkable that all the local media have access to the same information as DePetro.com yet chose to ignore this story. Pawtucket has a population of 71,000 with 25% illegals and Central Falls has a population around 20,000 with at least 50% illegals. Add in other smaller pockets around the state and you get much closer to 100,000 illegals living in Rhode Island. But the big story here is Providence. Big question: are they voting? Answer: nothing stopping them. 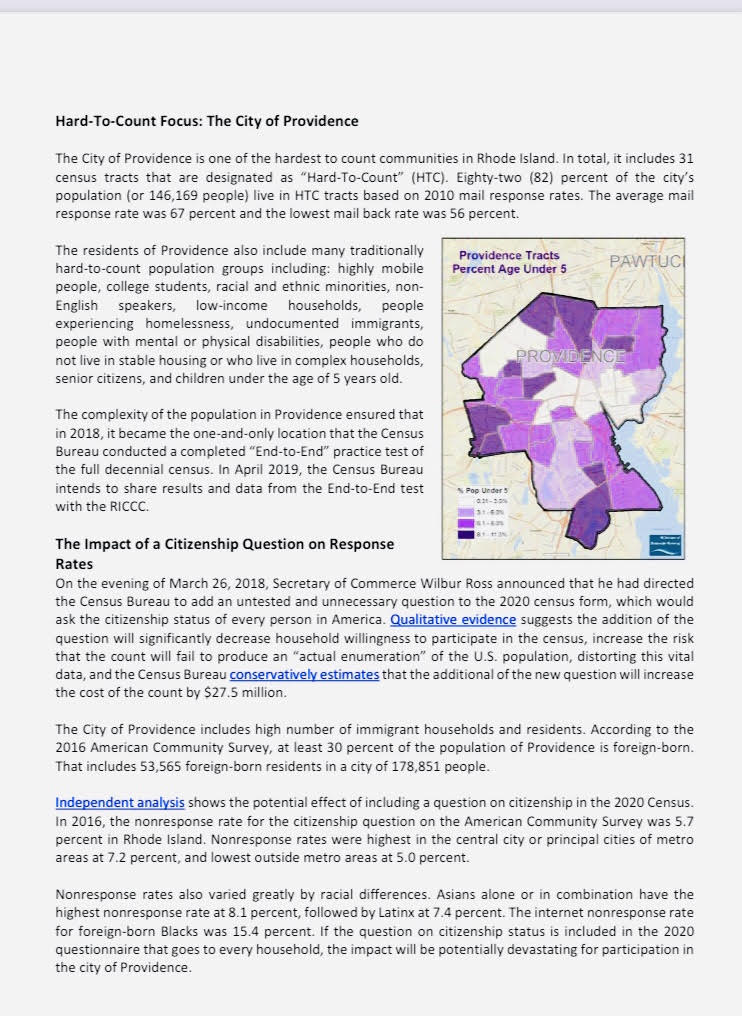 Will it be Senator Chafee and Governor Brown?