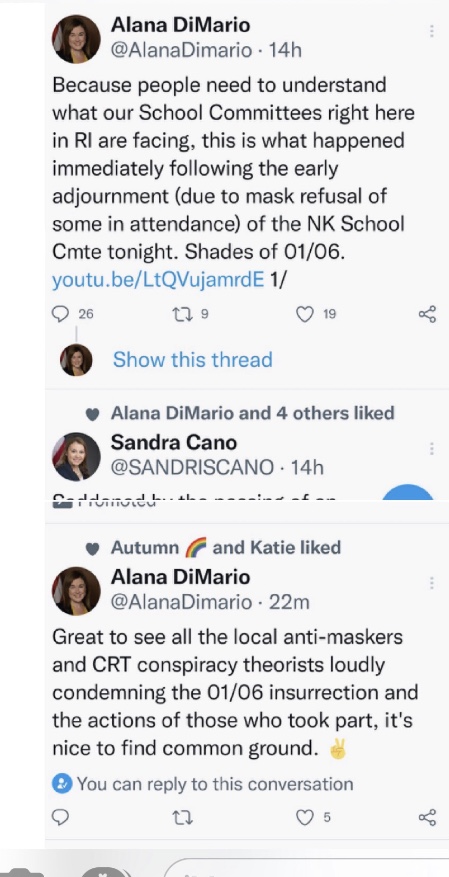 Cue the drama queen. Rhode Island State Progressive Senator Alana DiMario claims the Tuesday night North Kingstown School committee meetings was ” shades of January 6,” because parents were upset the meeting ended  early. One of her supporters falsely claimed ” threats of violence” even though there was none and police were called in and respected. What is pathetic is that a disagreement over mask wearing becomes “an armed insurrection” at North Kingstown high school according to an office holder.  No one was arrested and the parents left after the school committee ended the meeting. The real story is the “Nicole Solas effect” where school committees tremble at the thought the South Kingstown mom might shine a light on their CRT agenda. Most people might think the threat of a riot would be “shades of BLM” but not the progressive crowd. Hopefully the voters will toss this fear-mongering socialist out of office. Alana DiMario needs to get a grip. 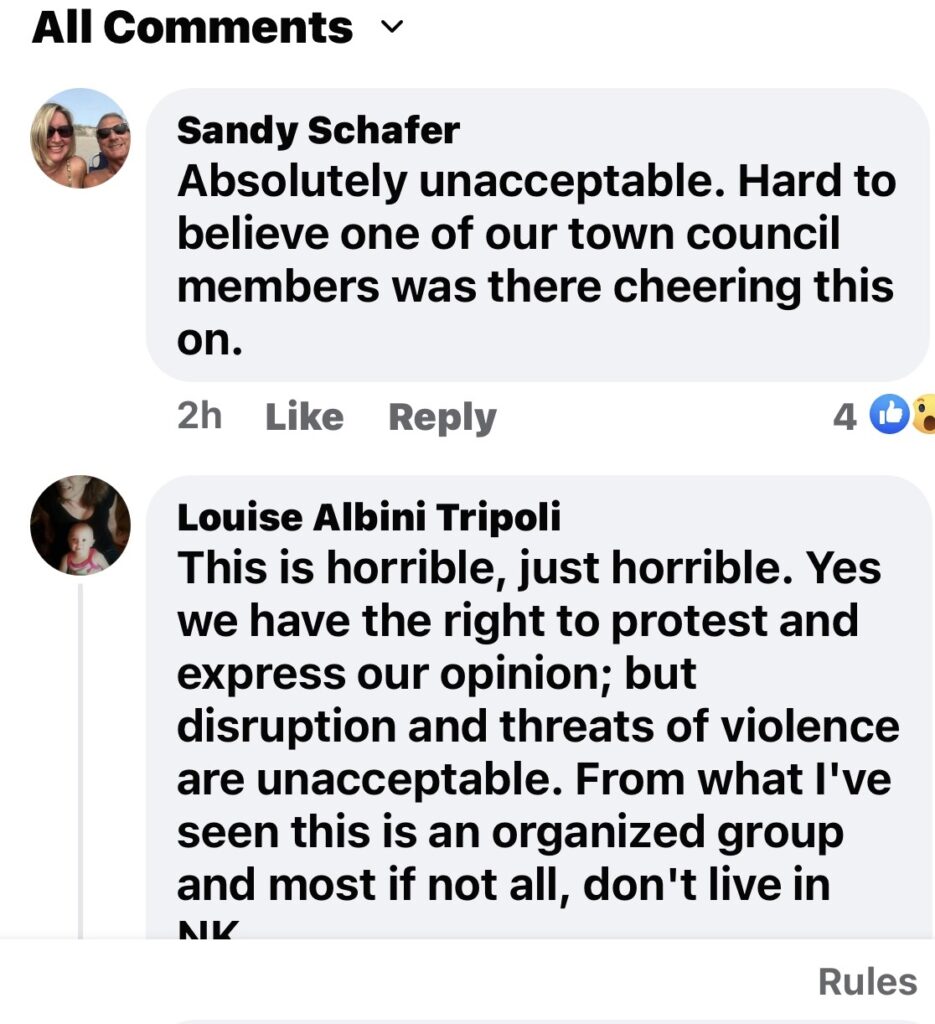