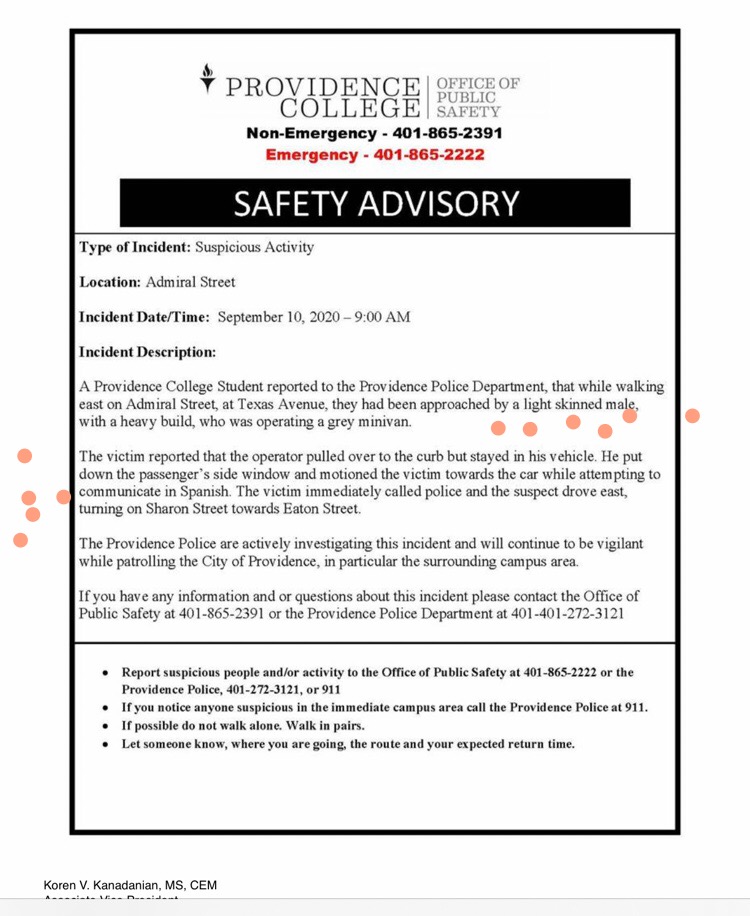 Sad state of affairs at Providence College where the safety of students takes a back seat to political correctness and the state of Woke. There has been a string of violent crime surrounding the campus and the school policy is to no longer describe race when filing reports. The new policy is vague descriptions of criminals assaulting the students at Providence Collège.  Things came to a head last fall when the Chief of Public Safety was penalized and suspended for 60 days for describing a suspect as a “dark skin male who spoke Spanish.” Now, incident reports describe suspects as “boys 16-19″ or ” a group of men.” Race, height, weight or language spoken is no longer allowed and gender is frowned upon when describing criminals. The Chief of Public Safety, Koren Kanadanian, left the school shortly after this incident and after being forced to apologize. Therefore, if a tall, white male, with red hair and a tatou on his face attempts to rape a student, the school  will only report it was “someone who seemed to be male.” Be on the lookout for ” someone appearing to be male” who attempted to rape a female student. Word has got out on the street about the new policy and crime has skyrocketed. Providence College President Ken Sicard is serving up his students to become victims of crime with his “Woke Helen Kellor” safety policy. Local media is following the lead of the college with beyond vague descriptions of people committing violent crime. It is not racist to describe the person or persons who are suspected of committing a crime. Providence Police are having a hard time because the college will no longer communicate descriptions of suspects even when they have weapons. A student was robbed and pistol whipped walking to campus  at gunpoint by two tall young black males however Providence College would only report to police it was” two people with a handgun.” 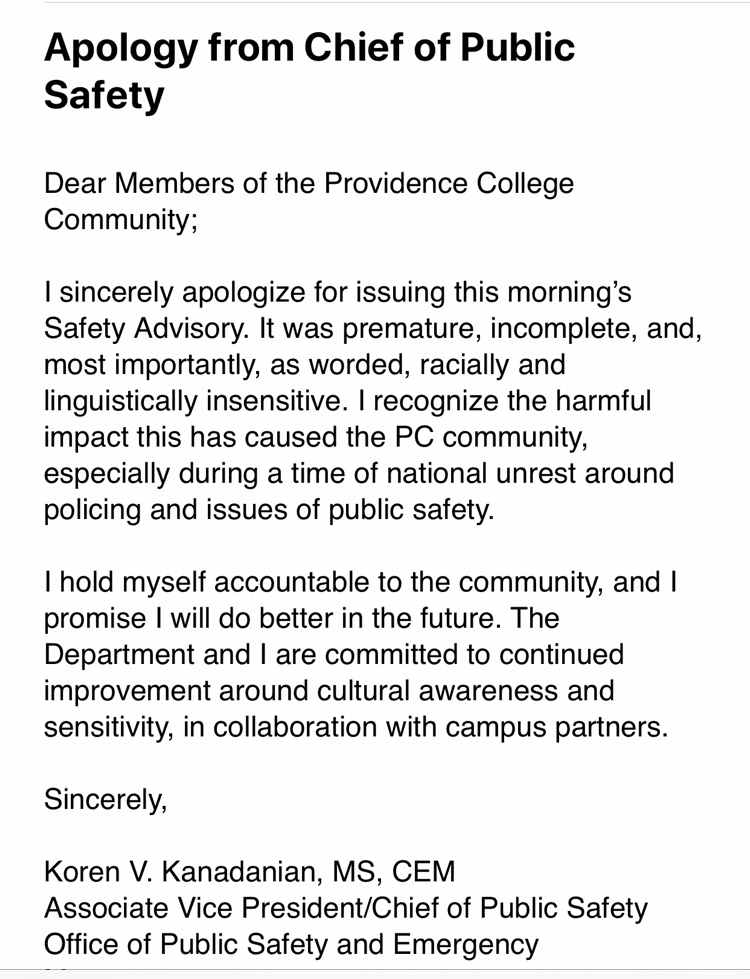 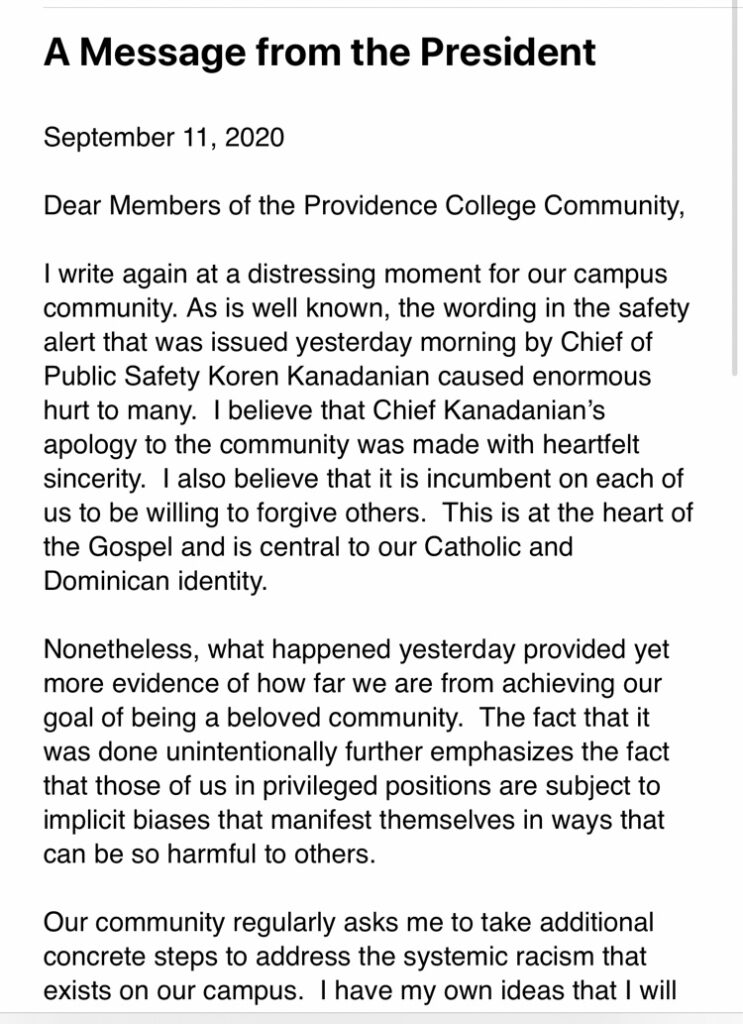 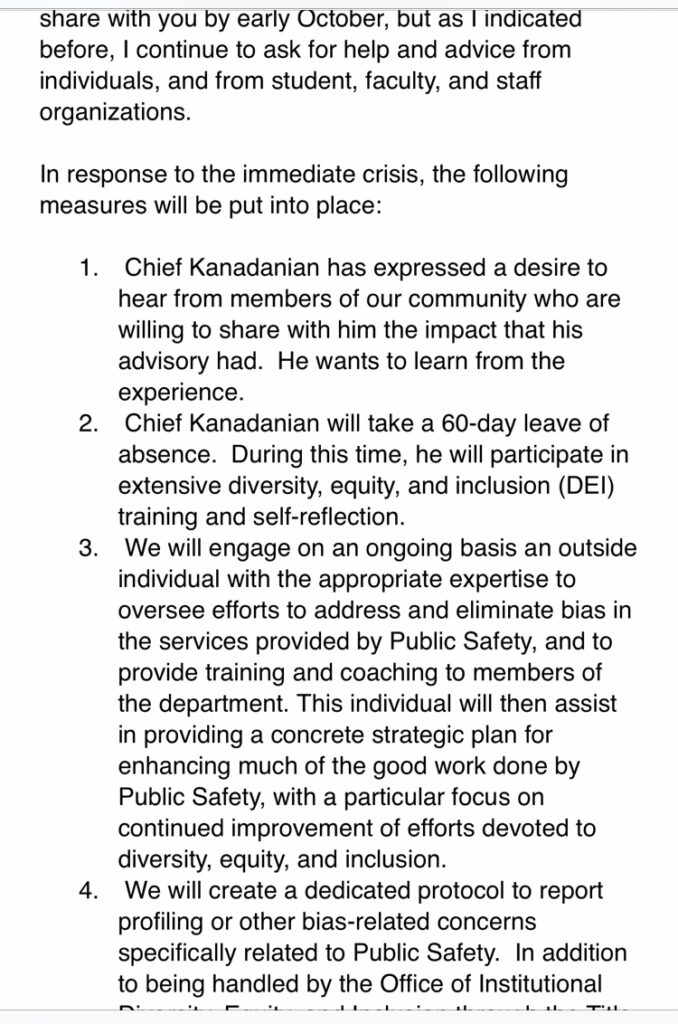 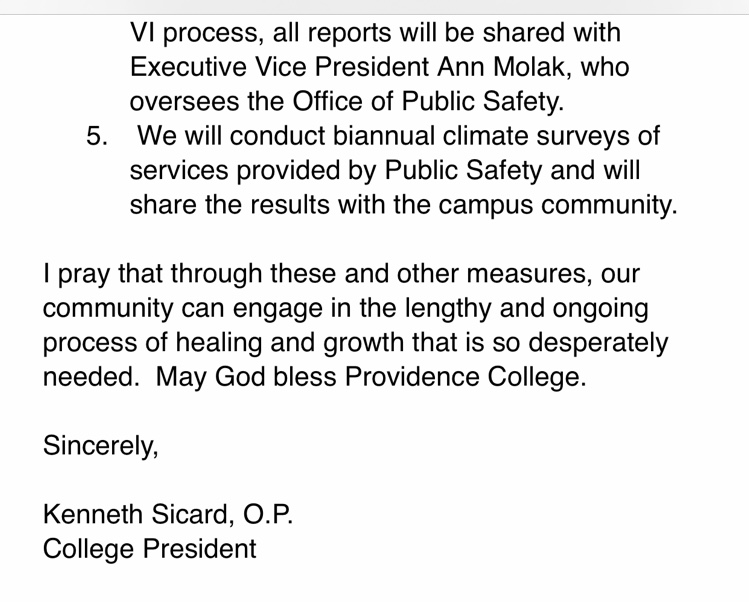 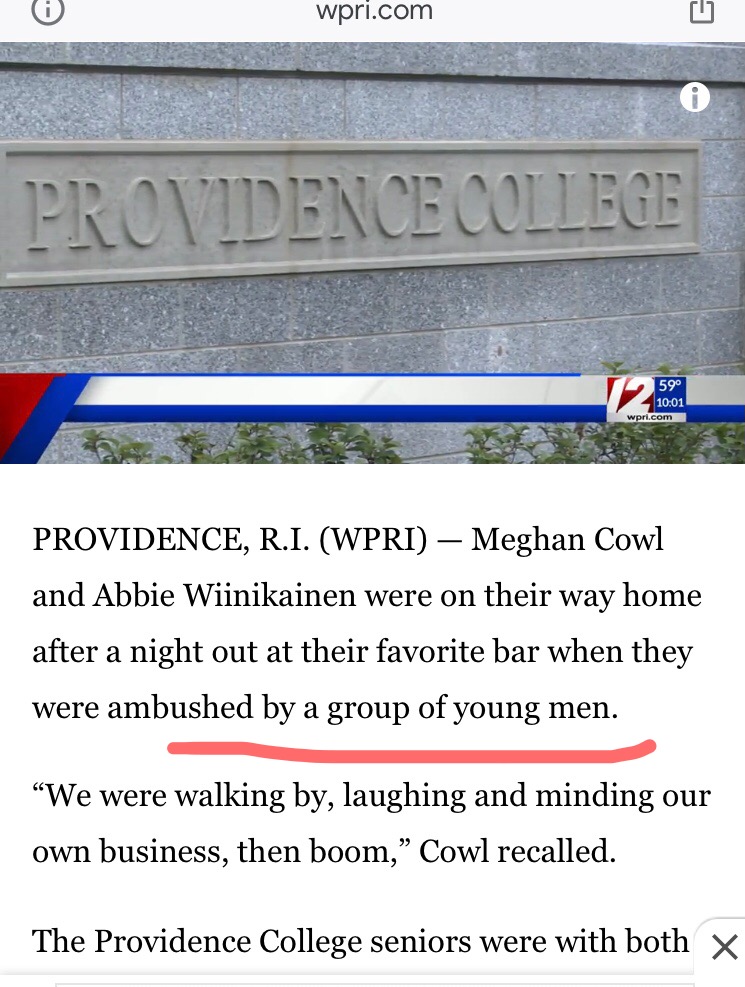 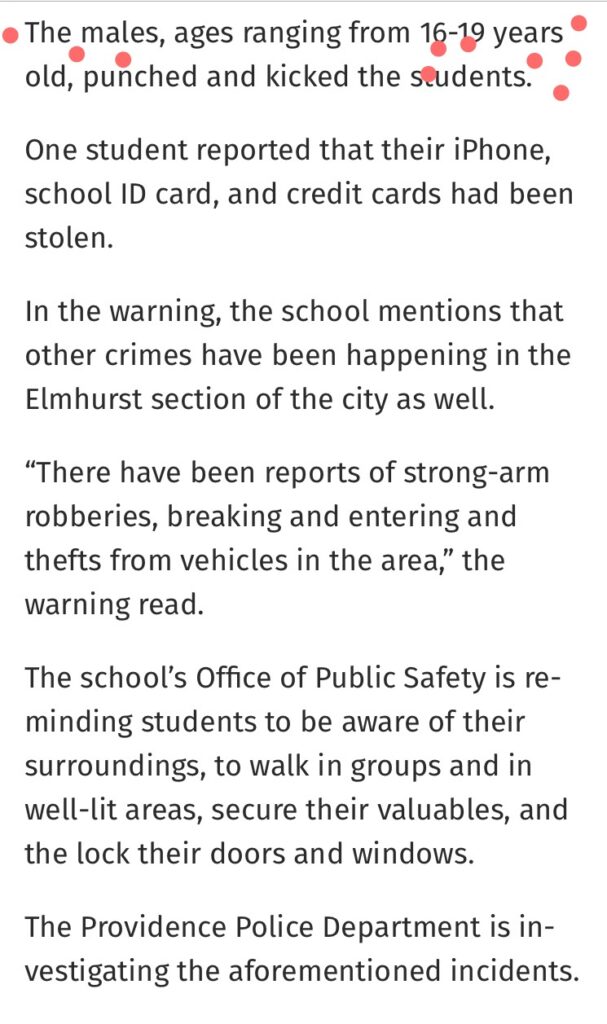 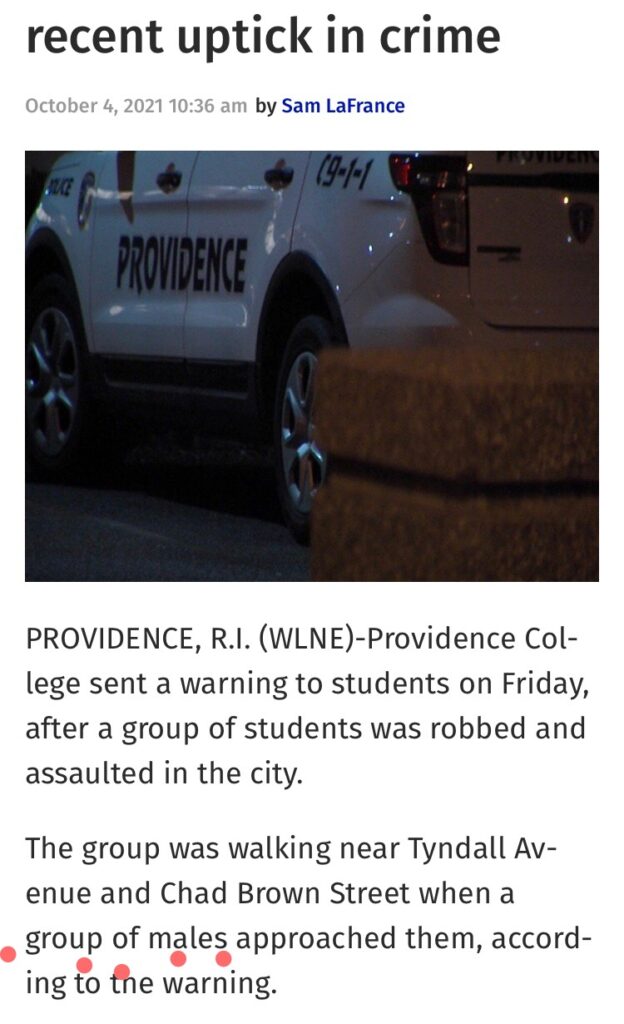 McKee public schedule not so public

Audio: I can see clearly now my mask is gone