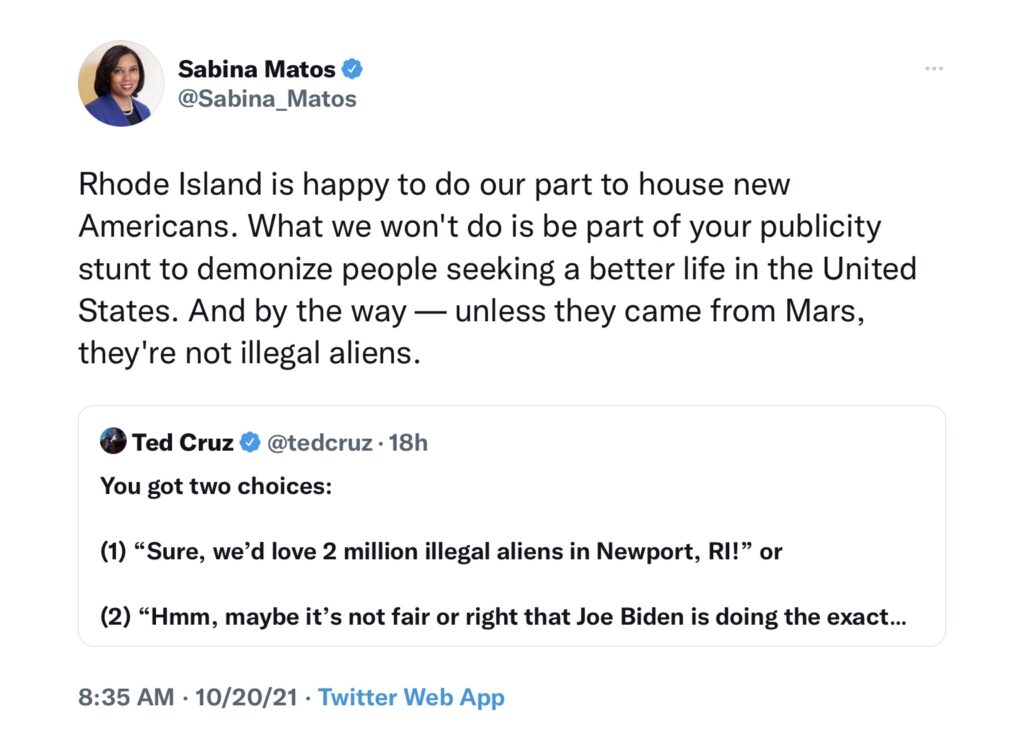 The woman appointed LT. Governor of Rhode Island by the man appointed Governor of Rhode Island has a confusing position on illegal immigration. LT. Gov Sabina Matos took to Twitter to try and join the pathetic political pile-on by the locals on Texas Senator Ted Cruz. Matos calls the Haitians attempting to run past border patrol agents “new Americans” and “Rhode Island is happy to house them.” So in her mind, anyone who illegally crosses the Texas border is a “New American” and Rhode Island would be happy to house them. This is beyond frightening that someone in power would actually believe this and feel they are citizens simply by crossing a border. It is not surprising given her attitude on in-state tuition and voting. Matos has proven to be a disappointment to McKee supporters who question if she brings any real value to the ticket outside hopefully delivering votes in Providence.