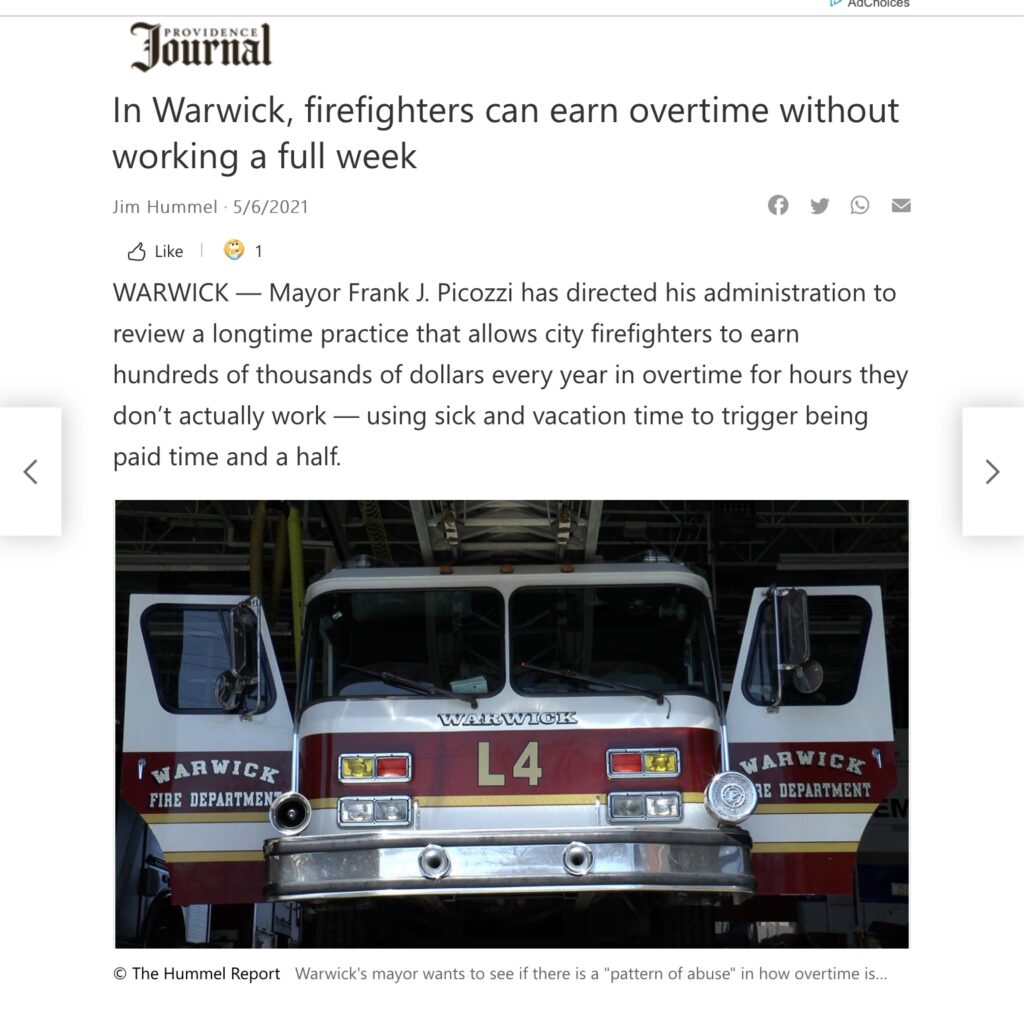 Who had motive and opportunity to send a message in the form of arson to the new Speaker of the House? It is important to recognize what was happening in early May regarding a state law that was passed but not fully understood. There is rampant speculation the arson committed on the law office of Speaker Shekarchi was related to word leaking out he was not opposed to amending a new state law regarding firefighters and overtime. A series of ProJo stories by the Hummel Report shed new light on one controversial line in a law that went into effect in 2019 which has been extremely costly to cities and towns. Authorities speculate the arson was committed by individuals familiar with Warwick and familiar with the crime of arson. It is important to point out it remains an open investigation and the purpose of this story is not to point fingers (or cast aspersions) but to merely point out what was happening in the days leading up to May 11. 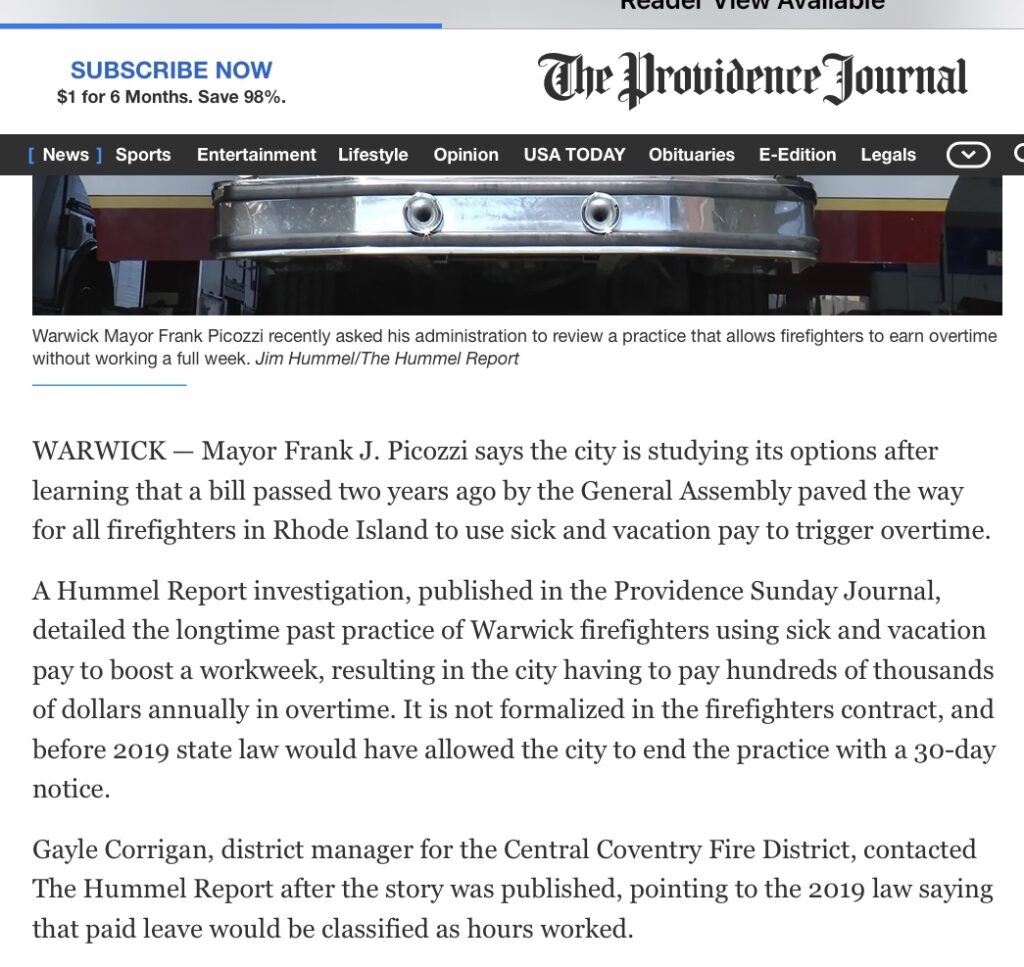 It is impossible to ignore that Speaker Shekarchi went on record (on or around May 7,) that he would consider supporting a bill to eliminate using sick and vacation time to trigger overtime and then his law office was mysteriously destroyed by fire at 9:30 on Tuesday May 11. The bill would not just affect Warwick but every firefighter in the state and would be worth millions to the cities and towns. And at 9:30 on a Tuesday night a bomb goes off in his office causing a three-alarm fire and burning his office down. There is speculation some of the cannabis growers are upset with the inaction on licenses by the speaker (and that is certainly a possibility) however he did not go on-record in early May on any legislation that would cause someone to get upset. The one thing that is clear is someone set the arson to send a message to the most powerful person in the state. The “investigation” was compromised since the canine dog did not go into all areas damaged by the fire, only the outside area. The area should have been treated as a crime scene.

Dan McGowan of the Boston Globe discusses the pandemic