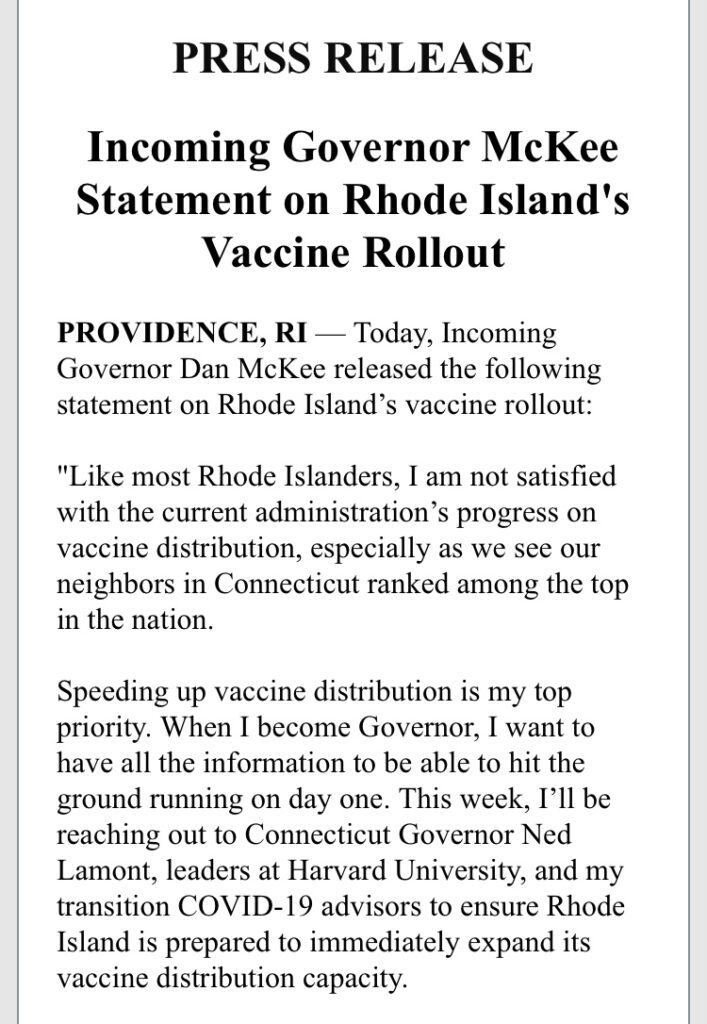 Incoming Governor Dan McKee took a shot at the Raimondo administration for the unmitigated disaster of the vaccine rollout. In what could be her final full week in office as Governor of Rhode Island, Raimondo took incoming fire from the man who will replace her. McKee called out team Gina for the sloppy rollout and still hiding information from him. The state has been ranked dead-last in the country in terms of the vaccine with more than 50% of the vaccine thrown away. Sources say Dr. Nicole Scott has raised the ire of McKee and could be pushed out as head of the Department of Health. Developing.