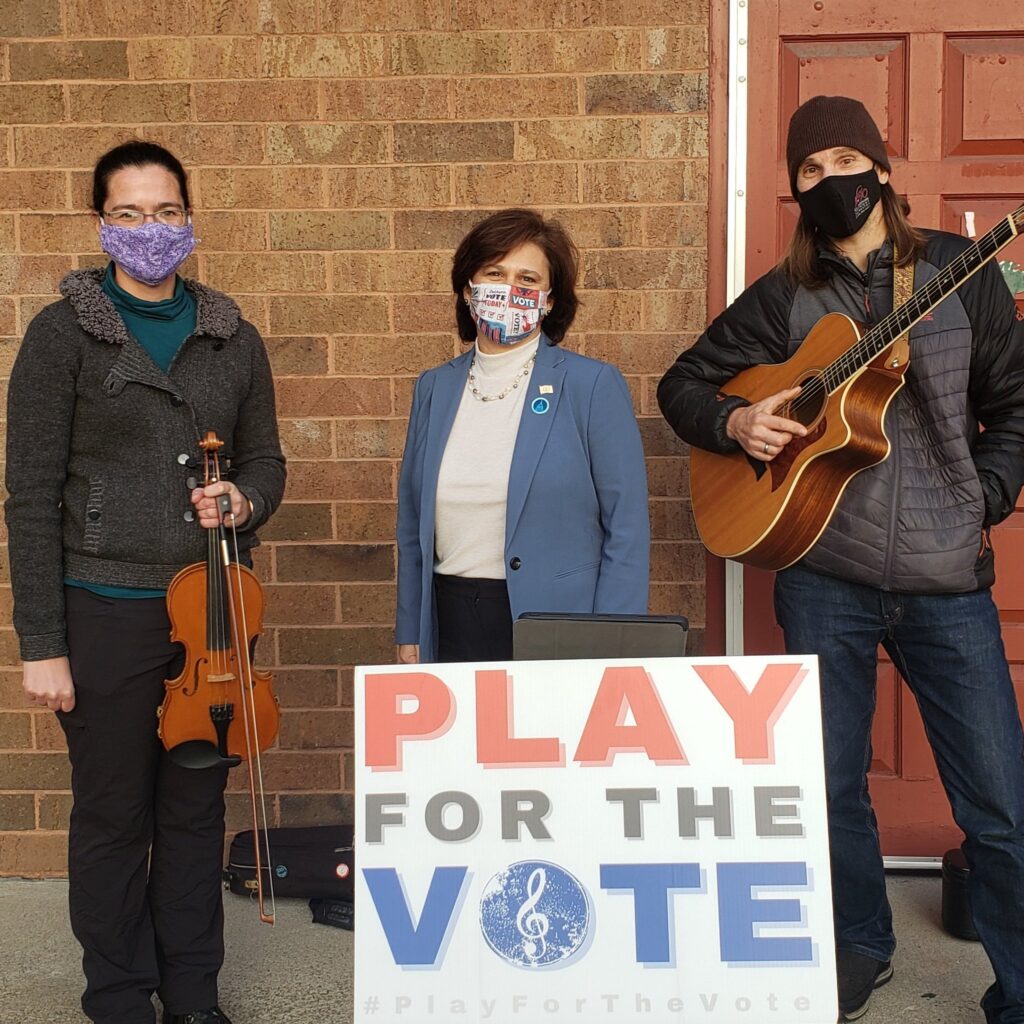 Is it a game of checkers vs chess?  The battle for 2022 is happening right now but the question is whether everyone recognizes it. Rhode Island Secretary of State Nellie Gorbea is setting things in motion for a huge win in 2022 right now and no one seems to be attempting to stop her. If the methods used in voting in 2020 becomes the norm, it becomes a rigged game not worth playing.  How many people received mail-ballot applications that were not requested? All you had to do was mail it back and you received a mail-ballot with no questions asked. Reportedly, not one person who registered to vote was turned down. Think about that.  The rigged game is the voting list. This is not about ” dead people voting” but people alive voting multiple times under different names. Let’s examine comments Nellie made recently to the Boston Globe and explain what they mean going forward. 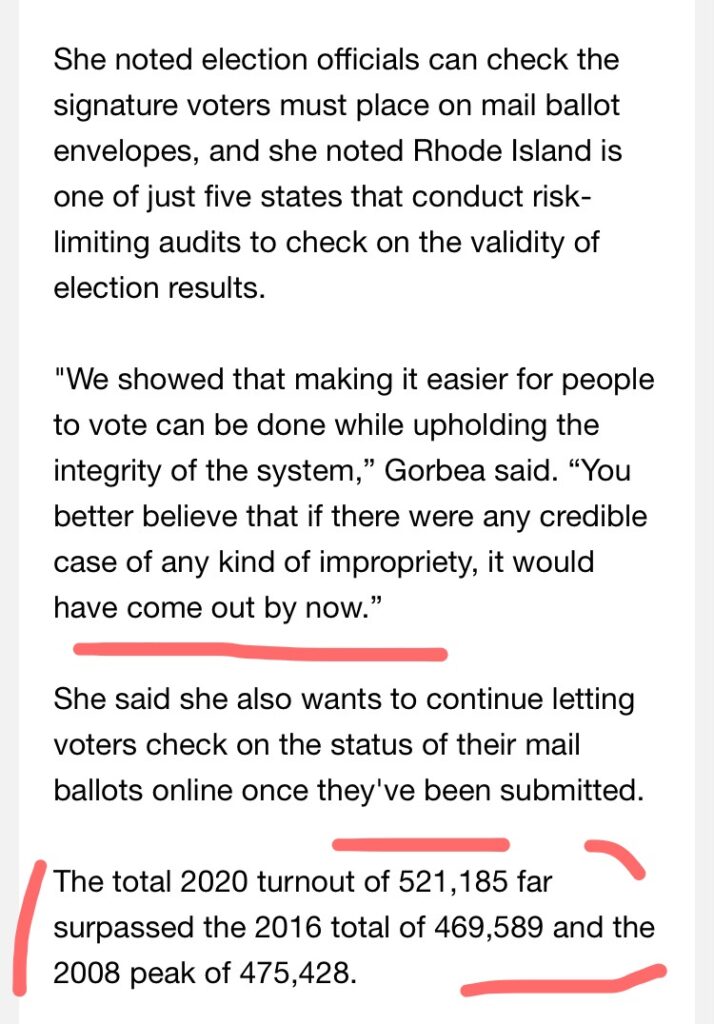 521,185 votes during a pandemic: no closely watched state-wide election, and no election for Mayor of Providence. November had more votes than 2008( by almost 50,000)  when every college kid showed up to vote for Obama? According to the census, more people voted than are registered to vote. Nellie mentions if anyone caught onto the fraud “it would have come out by now.” What would have come out by now? How does she know the fraud would have already emerged? As far as checking the signature, in this state, an “X” qualifies as a signature.  The audit was conducted to make sure the machines worked properly, not to see if the votes were legit. 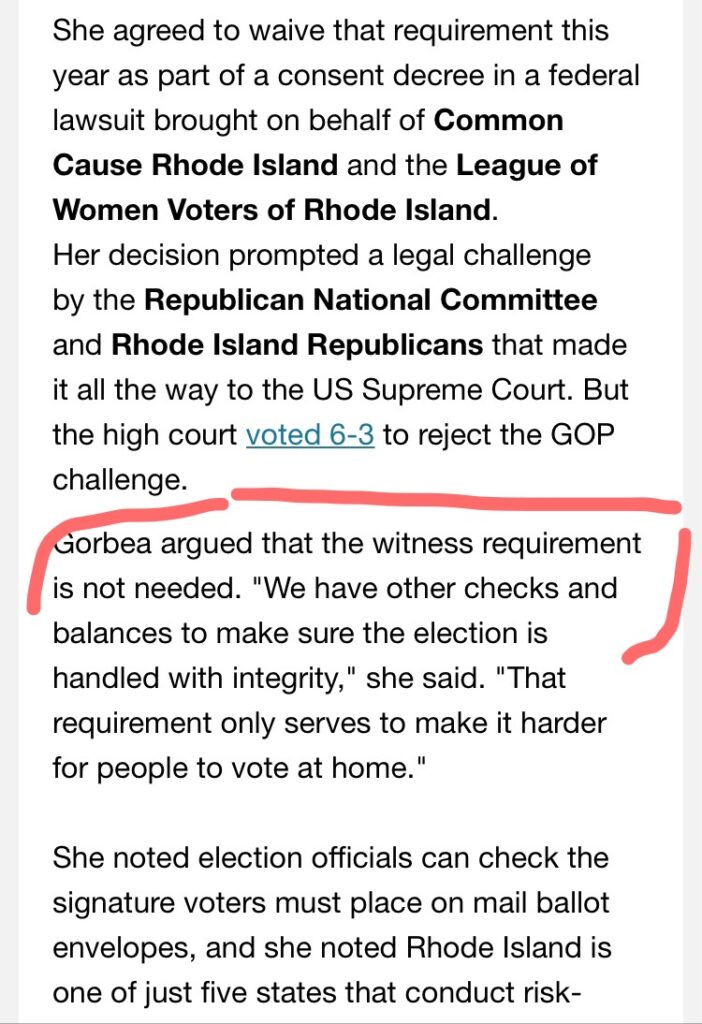 No more notary needed? There was fraud when mail ballots were notarized and now that has been taken away? Notice what was introduced as an “emergency” now becomes permanent. Why do you need mail ballots when you have early voting? 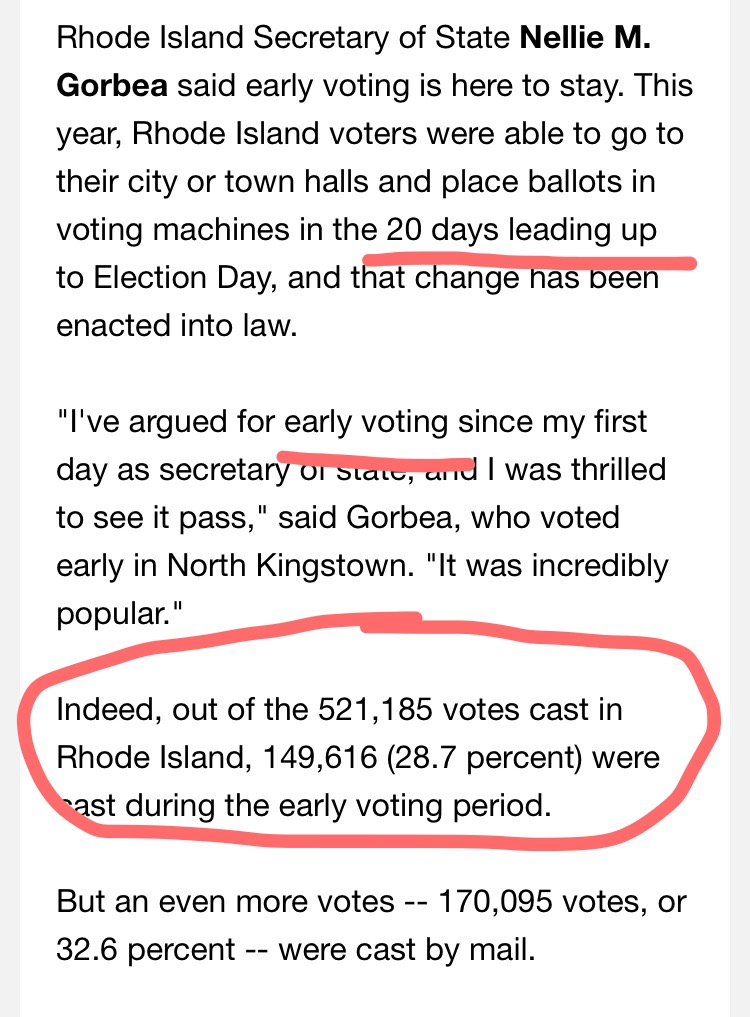 Twenty days leading up to the election makes it election month, not election day.  Under new rules, over 60% of the votes are cast in early voting or by mail ballots. The new rules are because of the Voter ID Law, which was introduced to attempt to limit fraud at the polls. They are done and end-around and made voting at the polls now closer to 30% of the vote. Unless objections are raised immediately, it will be too late to stop the new voting rules. Right now Nellie is in possession of the 2020 voting list of 521,000 votes while she plans her run for Governor in 2022. She also removed the date of birth from the view of the general public so it is next to impossible to determine people listed more than once. Gorbea does not need to send out mail ballot applications again in two years because she already has the voting list she wants. Unless there are changes made to the new voting system, Democrats will win every state-wide office in 2022. It has become a game of checkers vs chess.

Bombshell: Craddock to resign from DMV?

Raimondo chief of staff out of country while UHIP crashes