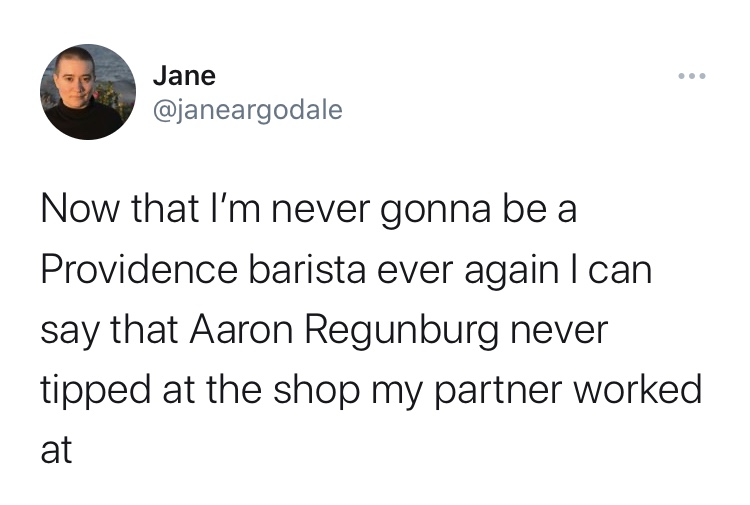 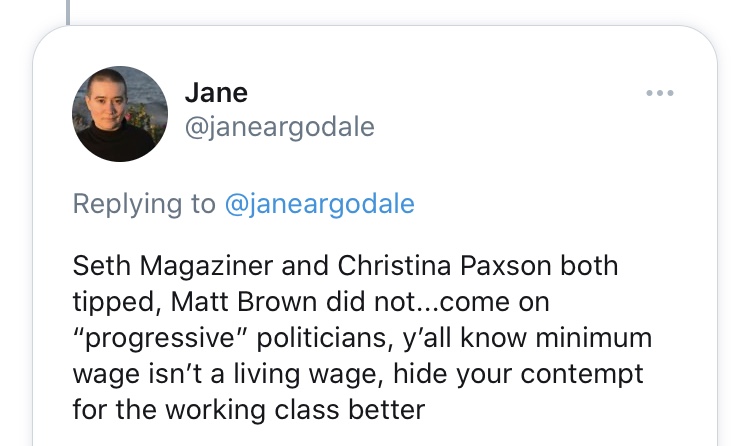 There is no fraud like a progressive socialist fraud. Aaron Regunberg, the trust fund Brown University grad, got called out in a big way for being the ultimate cheapskate by never tipping despite trying to portray himself as the ultimate hero of workers. Regunberg decided to dig himself deeper by producing a receipt that showed a tip of ….50 cents? What a cheap bastard. Matt Brown was also outed for being a cheap progressive that talks the talk but does not walk the walk. Regunberg is the classic progressive who has no problem spending other peoples money but is known as old alligator arms all over Providence. Seth Magaziner did tip.

Graphic Video: On the scene video of crash and interaction with police

Wow. 1% of fire calls in providence are for actual fires. @hummel_report any idea % in Warwick? What was the $300k lottery winner doing to make that?

1% of the calls into the fire department are for actual structure fires. “The report gives us the foundation and data to make informed choices” to serve the community, Elorza says.

Rhode Island man accused of swindling $4.2 million from investors in ‘Magic Mike Live’ show. One is “Vault,” a 2019 film based on the 1975 heist of the Bonded Vault in Providence. It was a secret bank used by the New England mafia to store their loot, https://www.bostonglobe.com/2021/04/13/metro/rhode-island-man-accused-swindling-42-million-investors-magic-mike-live-show/

Look out for the truth

Daunte Wright had a warrant out for his arrest for attempted aggravated robbery after 'choking a woman at gunpoint for $820' https://trib.al/SMVf3vI