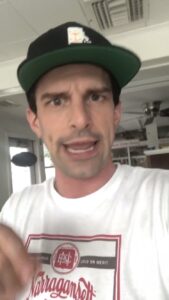 The rumors are flying that the owners of Allie’s Donuts are getting set to take the famous Donut shop away from Matt. Back in June, Matt very abruptly made it clear that police and military were no longer really welcomed at Allie’s, and instead they wanted to attract Black Lives Matter and protesters. This week, Allie’s Donuts announced they wanted people to bring free donuts to police stations but the attempt seemed to fail. Matt has also fallen out of favor from anti-police protesters who are now angry Allie’s is reaching out to police. Sources say the family behind Allie’s feels a change might be in the best interest of all involved. Here is a recent video of Matt: 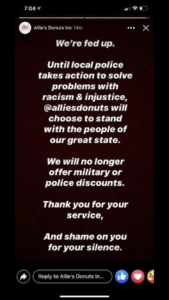 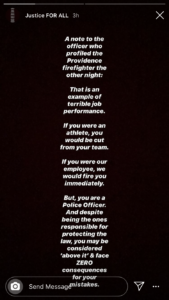 CNN's Lemon: "We're going to have to blow up the entire system" if Democrats win back White House, Senate http://hill.cm/B0DdMJ7