Interesting defense being put forward by attorney Michael Colucci: the 18-yr old honor student teen getting a pizza was involved with activity that caused him to be shot. Pawtucket 0ff-duty officer Daniel Dolan defense attorney released this statement to CH 12: 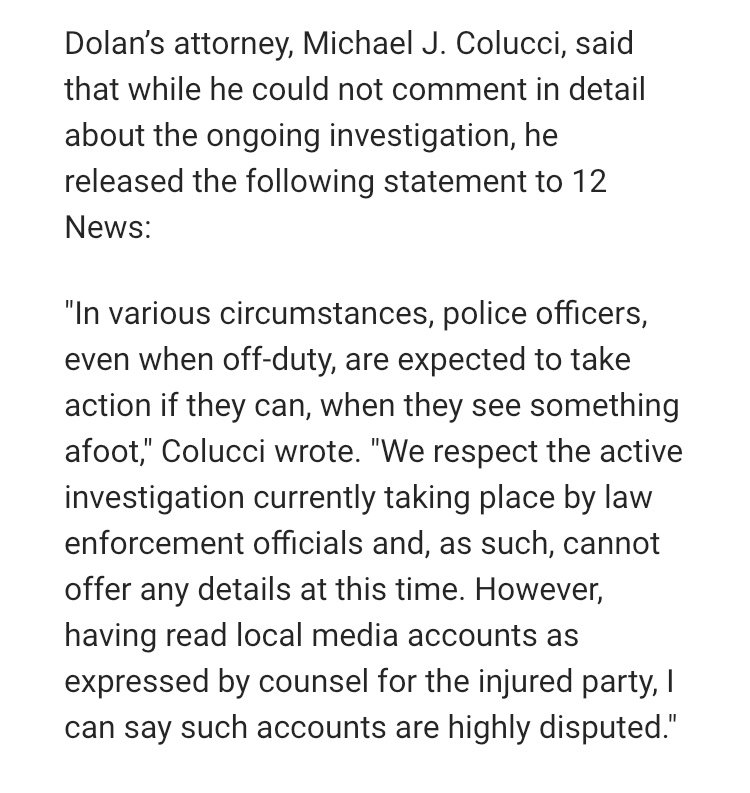 Dolan has chosen the “that is my story and I am sticking to it” defense. Three teenage boys riding to get a pizza get cut off and the driver shot because off-duty Pawtucket officer Daniel Dolan saw something “afoot.” Dolan apparently claims the boys riding to get pizza required him to “take action.” Dolan could absolutely comment and shed light on what happen but so far has refused to give a public statement. No weapon in the black Audi, white truck was following the Audi, tape shows driver backing up and Dolan with gun drawn going after the three teens. Colucci does not state what has been said that he disputes but Dolan will get a solid defense from attorney Michael Colucci who is a very smart skilled lawyer.

Twas the night before Christmas in Rhode Island 2017