Aaron Regunberg finished the speaking part of his Supreme Court protest on a Sunday in Burnside Park in Providence and then it was time for the street march to the offices of Senator Sheldon Whitehouse and Senator Jack Reed.  Regunberg motioned to his two trusted activists to grab their bullhorns and lead the crowd( watch the video below). There were 300 protesters in the park Sunday but Regunberg turned to Brooklyn Toussaint and Najeli Rodriguez( circled in the photo below). Brooklyn was allowed to attend the Raimondo press briefing this week and asked about state police using pepper spray on highway protesters. Rodriguez was arrested at least twice this year: once for bringing a weapon to school ( felony) and in July hitting a Providence police officer. Toussaint was at the riot in Providence in June and twice led Defund the police protesters to the Governor’s home where she screamed ” fuck the police and fuck Raimondo.” Does Regunberg pay or encourage teen protesters to go to the homes of elected officials like Mayor Elorza and Raimondo? 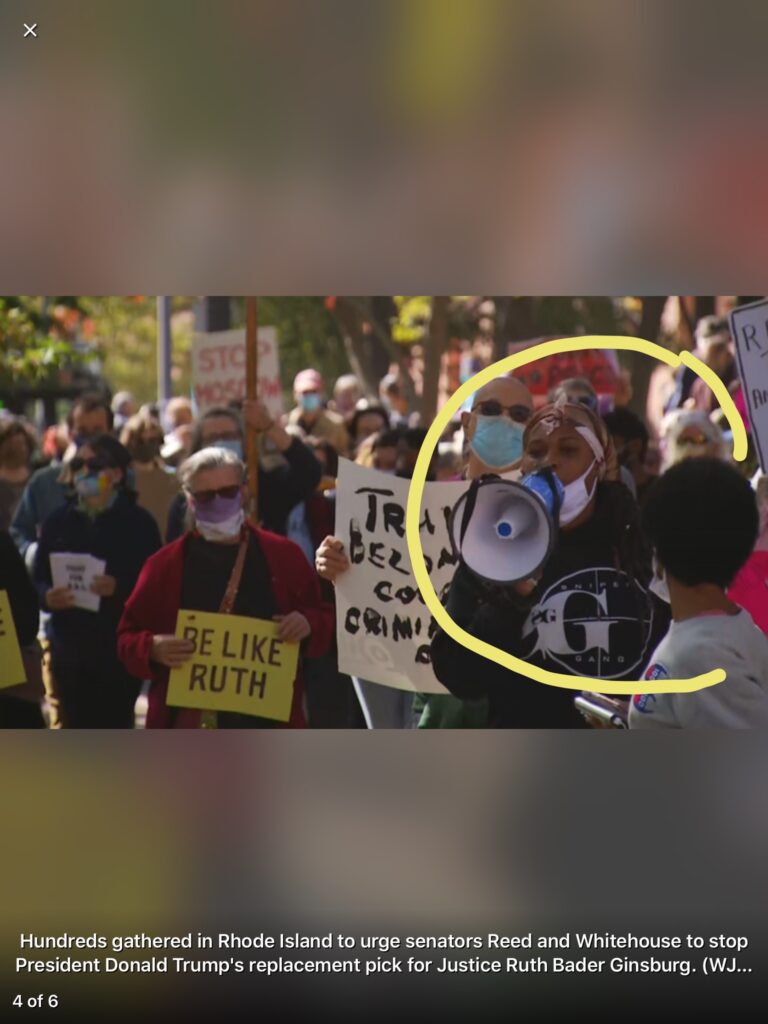 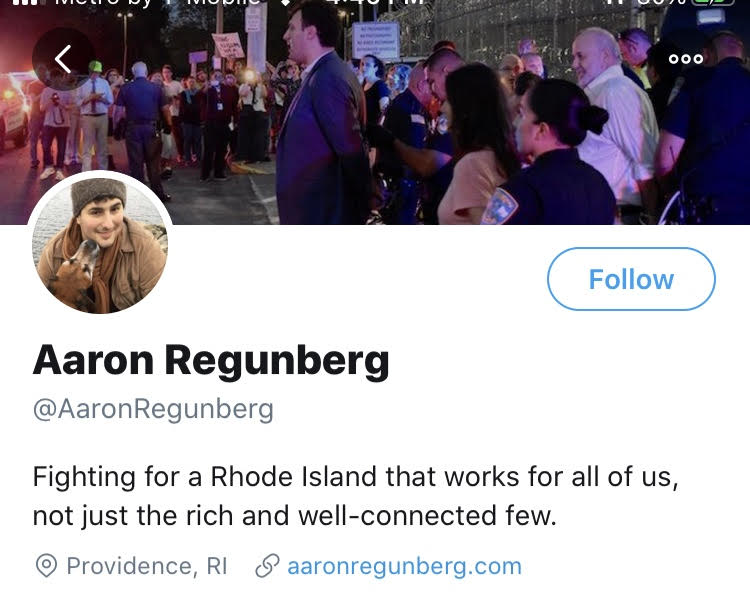 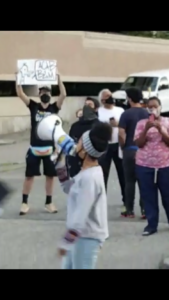 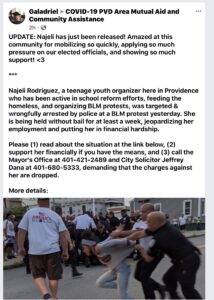