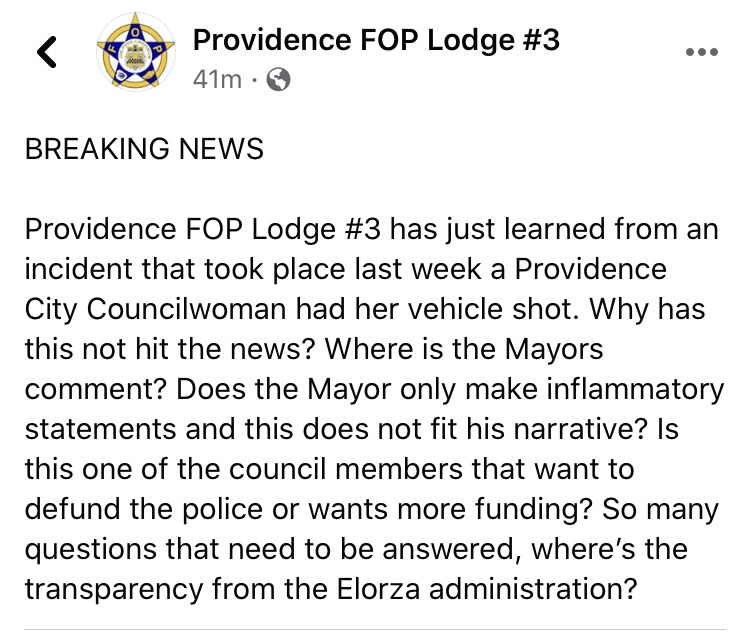 Does Regunberg send protesters to the homes of Raimondo and Elorza?