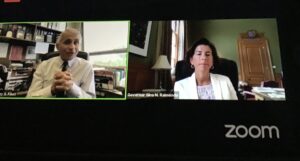 The New York Times is reporting Rhode Island Governor Gina Raimondo dazzled the Biden VP search team and was a heavy contender until one group squashed it: labor unions. According to the article, Governor Raimondo was being considered but labor unions raised their ugly head and that was that.  (https://www.nytimes.com/2020/08/13/us/politics/biden-harris.html.)  Flashback to December and the Education Commish had a blow-out with the national head of the AFT which represents Providence teachers. The union head was upset the way the failing Providence public schools were being portrayed. Providence remains without a contract and tension remains high. At the Wednesday press briefing, Governor Raimondo went hard after Warwick ( same union as Providence: American Federation of Teachers union) with union leaders striking back.  If in fact, it was the teachers union that hurt Raimondo chances with team Biden, there will be consequences. With Gina no longer on the list for VP, it could set the stage for a full-scale war with the back to school battle. Governor Raimondo did a Facebook Live with Dr. Fauci which completely crushed the false argument of the teachers union that it is unsafe to return to schools.  Despite Harris being chosen, Raimondo remains one to watch if Biden becomes President. 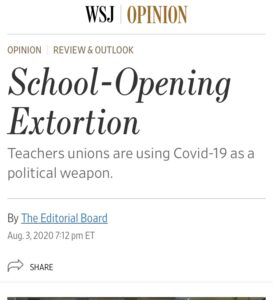 Will Matt Brown tear Raimondo down?

Can Raimondo save the state?