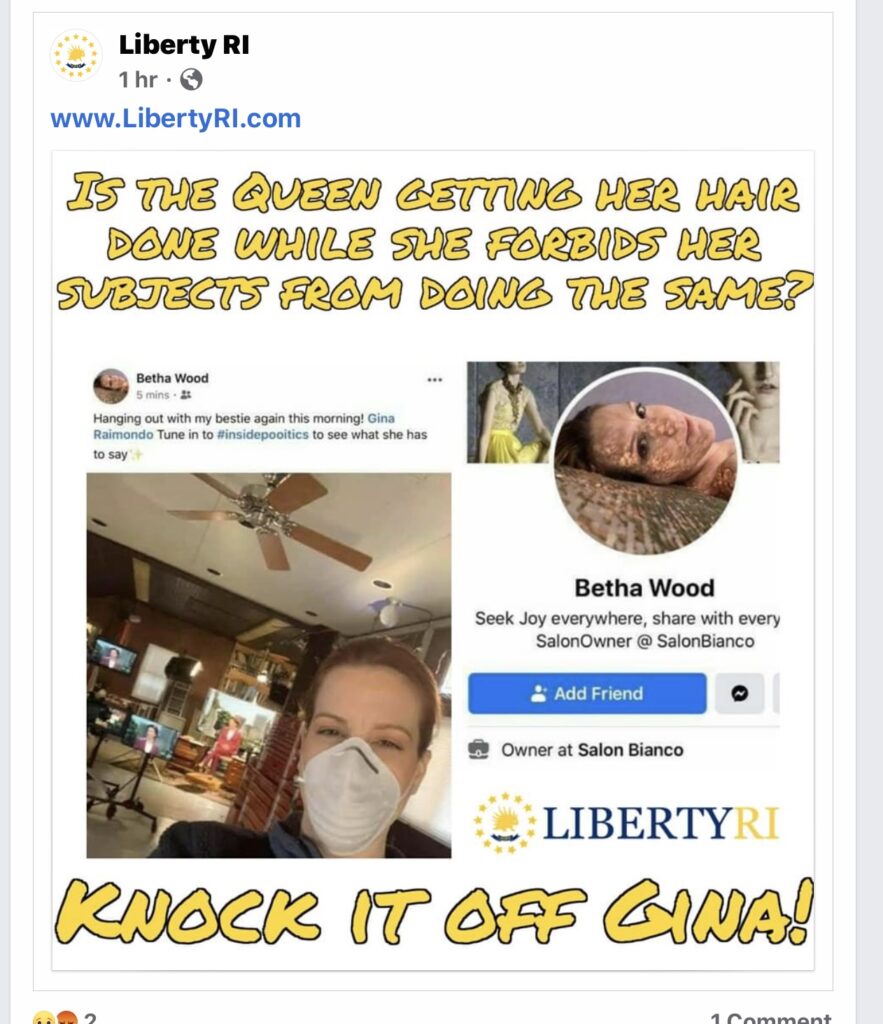 Is the Governor following her own salon Executive order?  The Hair Stylist for Rhode Island Governor Gina Raimondo has caused an uproar by posting pictures on-line of her with the Governor during a recent TV appearance.  The hairstylist claims she remains ” 6ft away” from the Governor and only offers guidance. The posting has caused a reaction from a group of outraged citizens. Governor Raimondo has commented that salons must remain closed. 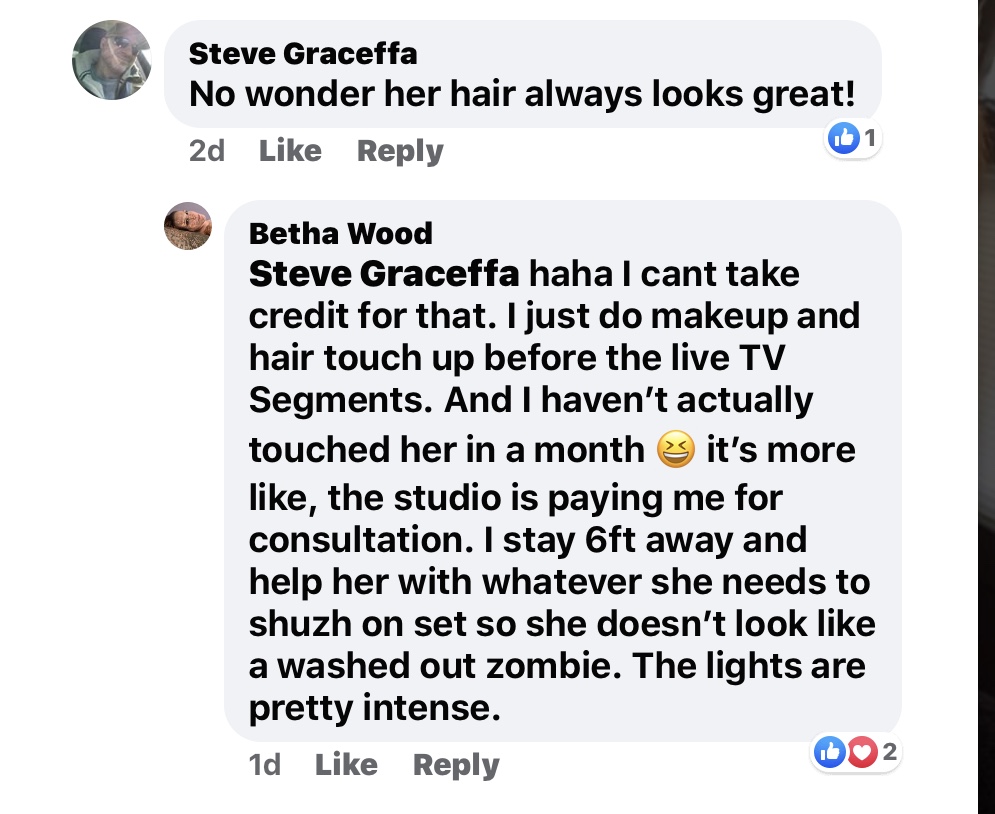