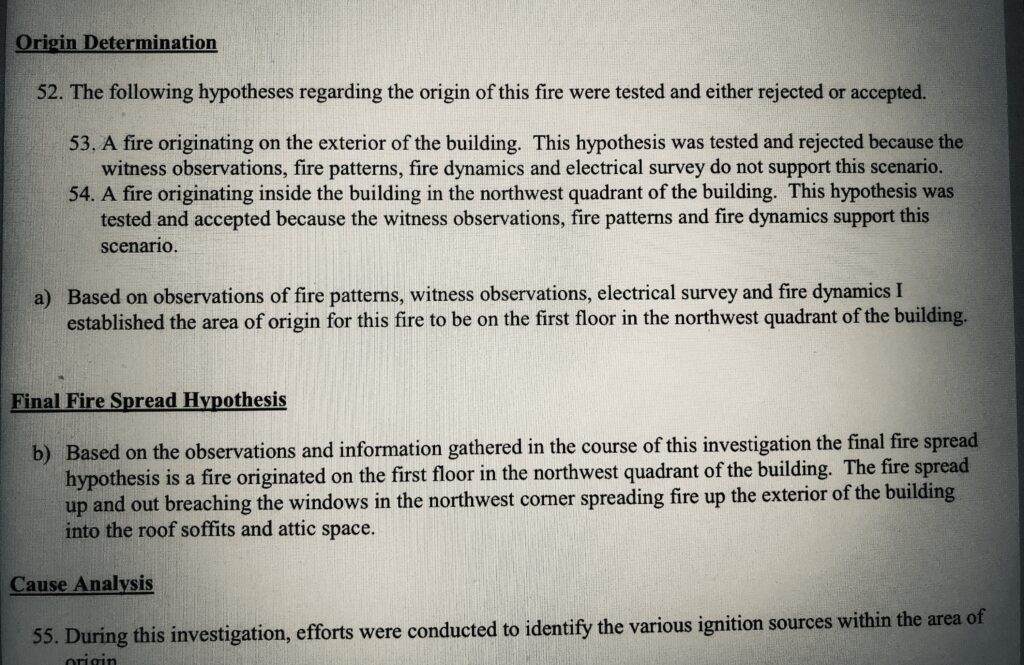 The plot thickens. According to a Federal officer, state fire officials mislead Federal officials as to the suspicious fire May 11 at the law office of House Speaker Joe Shekarchi. The Feds claim when they reached out to inquire about the cause of suspicious fire they were told it ” was a brush fire.”  A report released last week ruled out the fire was caused by an outside force and instead stated the fire originated inside the structure.  The Fire Chief in Warwick continues to claim Warwick firefighters were on scene of a brush fire on Bald hill road despite the fact there remains no record of a brush fire. The Rhode Island Fire Marshall’s office also will not explain an eyewitness who heard an explosion yet the report states she heard “thunder.” The questionable report also states a canine was unable to detect a scent of fire accelerants yet there is no explanation why the canine was delayed close to 12 hours or how the canine never entered the center of the structure. The misleading report also fails to mention why the scene was not treated as a crime scene but instead crews began removing large parts and disposing of them. Federal authorities must be requested to begin an arson investigation however the Fire Marshall office dismissed the fire as starting as a brush fire and never notified the Feds their report ruled out the brush fire. Outside fire officials have noted the scene resembled that of a bombing or explosive device was set and also noted how quickly the structure was engulfed in flames.  Why did the Warwick fire chief announce it was a brush fire? Why did the state Fire Marshall office mislead Federal officials and not follow up once the report was issued? This fire was arson and the questions remains who set it.