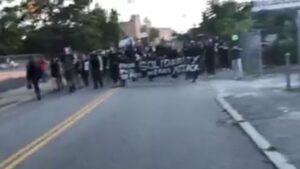 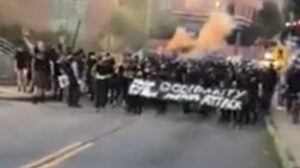 How low will they go? The radical, progressive, degenerate Defund the Police movement is now encouraging members to kill pets of police officers and elected officials. The Defund the Police group in Providence has been very violent and active all summer from being a major part of the riot to violent state house rallies. Several local members have been arrested and accused of assaulting police, weapons possession, vandalism,  disorderly conduct, and theft. The Defund the Police group has shown up to protest at the homes of Governor Raimondo, Mayor Elorza, and Councilman Iggilozzi and they are loud while shouting obscene language at police and neighbors. The group was recently called out for lying about the position of a member of the city council, but they have a true ally with Kat  Kirwin. 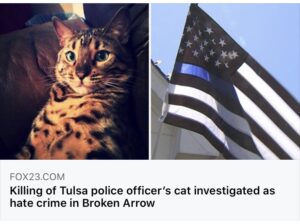 Defund the Police members brag on-line of next targeting pets of Police. At the recent brawl at the Providence Public safety complex, protesters assaulted an elderly woman and her dog. The media refused to report on the incident because the dog survived the attack. All police should be on alert. 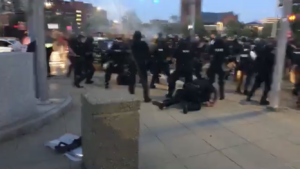 Talked to Mike Lindell this evening. He said lawyer gave him notes to share with POTUS but repeatedly wouldn’t say what lawyer. He said he met with Trump for 5-10 minutes and then was referred to counsel’s office. Said the lawyers were “disinterested, very disinterested.” https://twitter.com/jabinbotsford/status/1350186100564905985

@MyPillowUSA CEO Michael Lindell shows off his notes before going into the West Wing at the White House on Friday, Jan 15, 2021 in Washington, DC. 3

A rare moment: the tech giants may be acknowledging they got caught in the volatile moment & may have gone too far too fast in deplatforming accounts, but especially Apple, Google, Amazon rushing to basically take Parler off the I-net. https://www.wsj.com/articles/jack-dorsey-has-second-thoughts-11610667168

Will Governor Raimondo speak again? Her office has no comment. Lucas declined to say when or if Raimondo will speak in public again as governor. https://www.bostonglobe.com/2021/01/15/metro/will-governor-raimondo-speak-again-her-office-has-no-comment/