While the city of Providence is still reeling from the damage done by firefighter Terrell Paci false accusations of racial profiling by Providence Police, documents have surfaced that show Paci violated department orders the night of his encounter with police. First, he was not wearing a mask and was not supposed to have visitors while on-duty. The unidentified female sitting in the red car with Paci could have passed the COVID-19 virus to Paci, who in turn would have infected the other firefighters. It is clearly stated in more than one memorandum of no visitors. While it clearly states no visitors to a station, sitting with her outside in her car violates the guideline designed to prevent COVID-19 spread among on-duty firefighters and other first responders. Why was he not punished for that obvious infraction? An investigation showed no racial profiling by the Providence police. 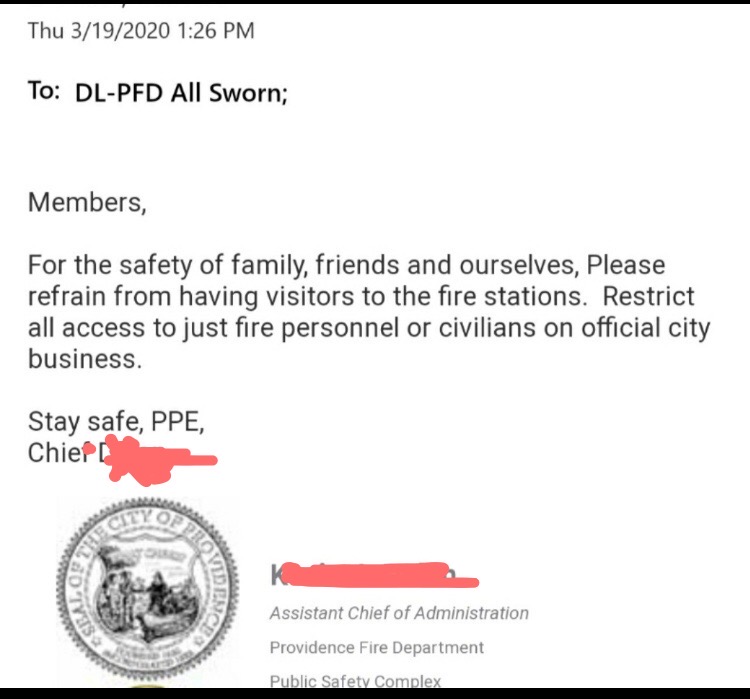 Paci received no punishment from the city and is reportedly out on Injured on Duty for stress. There was more than one memo including one from Public Safety Commissioner Steven Pare. 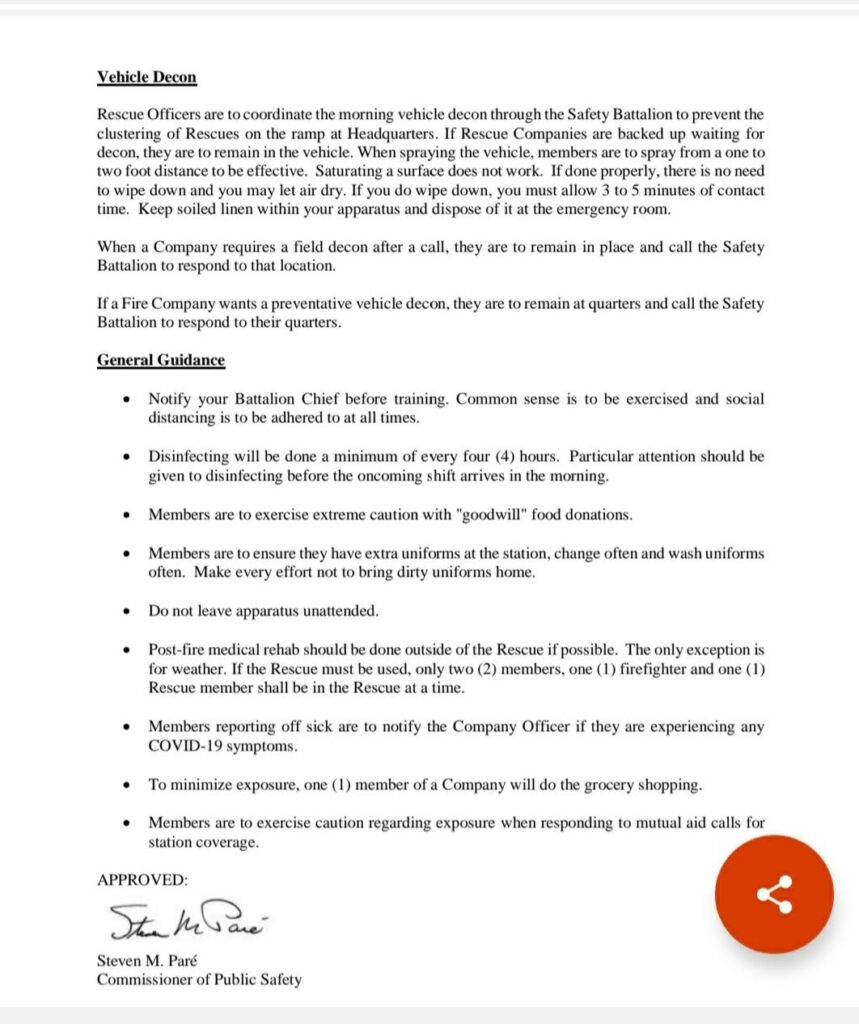 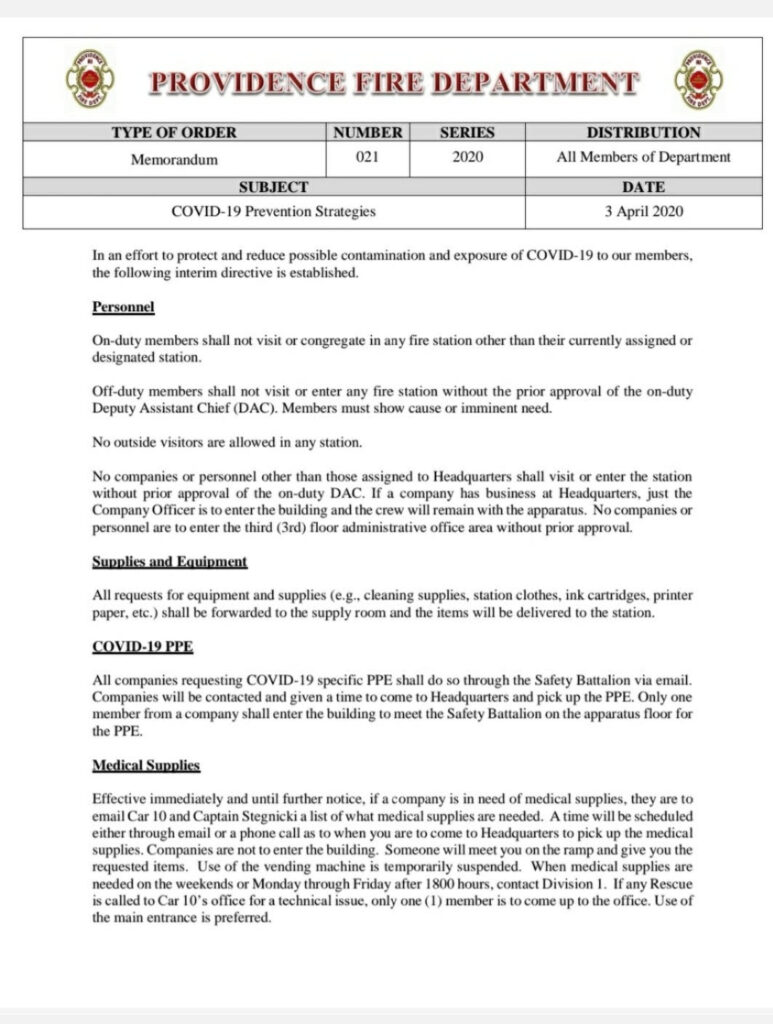 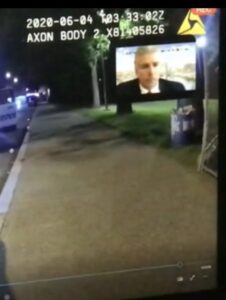