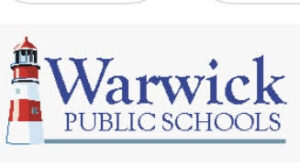 How very sad. There was a time that Warwick had what was considered decent public schools with an occasional good sports team but those days are long gone.  Pilgrim once had strong basketball teams with Brian Burke and Tollgate had incredible hockey teams with the Cavanaugh’s but the schools have become a shell of themselves. The latest blow comes with Warwick Teachers refusing to even try in-person learning for students this fall which has the phones ringing at Hendricken, La Salle, and Bayview.  Warwick has several small grammar schools with land which would be perfectly safe for students to return but the fear-mongering has hit a fever pitch. It is true Toll gate has some rooms with no windows but the school also has lots of outdoor space. Plus why should all schools be closed if there is only a problem in a few?  The City of Warwick is run by teachers and firefighters and good luck to the rest of the citizens.  Teachers receive 90 sick per year. That really says it all.

DePetro.com: Who do you want to be the next Mayor of Providence…

Trump White House memory: a media member told me President Trump had no support in Rhode Island so I began taking questions outside the west wing.

Trump White House memory: on the south lawn of the White House with President Trump and @SheriffHodgson .