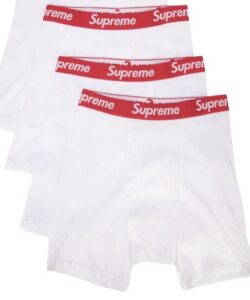 No hugs, no handshakes and no kissing babies. In the current climate, many admit it is definitely a challenge to run for office during a pandemic but Cranston hopeful Michael “Duke” Farina has brought it to the absurd. In what many people first thought was a man wearing men’s briefs to rob the Citizens bank at Park and Reservoir has turned out to be perhaps the most insensitive political stunt we have seen in a long time. Face-coverings and masks have become essential during the current health crisis and many first responders find they are in short supply. Leave it to Farina ( close pal of Speaker Mattiello) to drag cheap, trash politics into what is a life and death situation worldwide. 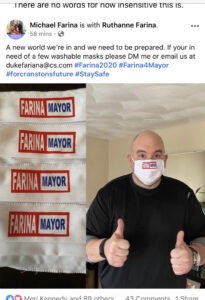 To say it is insensitive to bribe residents with a PPE that has a campaign logo on it is putting it mildly. To pose like a bank robber in action makes it even more frightful. Not only can Farina not spell ( if youse are in need or if your in needs) but at a time many cities fear social unrest, this stunt propels him to the front of the line for stupidity.  Farina has done the voters a favor by letting them know now the type of idiot they would have in charge of the city if he was actually elected.

Is it the final days of Speaker Mattiello?