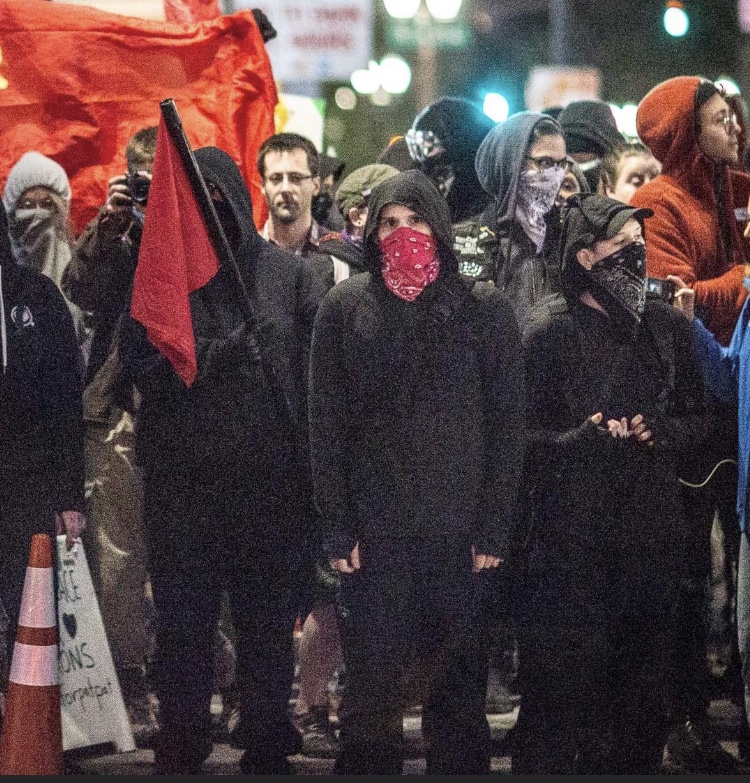 There has been a noticeable increase in state police security around the weekly press briefing of Governor Gina Raimondo with questions being asked if Governor Raimondo is safe. The safety of Governors around the country has become a focal point when it was revealed the Governors in Michigan and Virginia were the target of violent anarchists. Massachusetts Governor Charlie Baker had a man break into his home while his wife and daughter were at home. In Providence, violent protesters have become more brazen with attacks on police and blocking the highway. This past summer, protesters (led by violent protester Amanda Brooklyn Toussaint) twice ended up in front of the Raimondo home where they lit off explosives and threatened neighbors, all the while screaming and demanding Raimondo meet with them. Although the local media played it down, the Protesters in front of the Raimondo home were menacing in nature and implying they intended to commit acts of violence(” we are coming for you, Gina”). 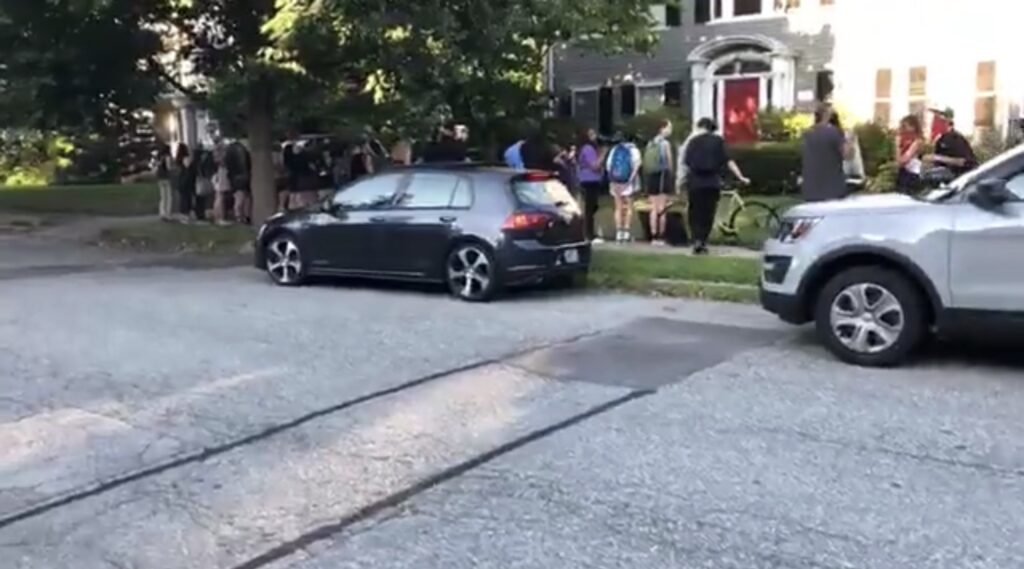 On September 30, a socialist blog managed to sneak Toussaint into a Raimondo briefing where the violent protester questioned the Governor on the use of pepper spray on protesters. But what was the real purpose? Some speculate it was to report back on security measures inside the Vets auditorium. Why did they send protesters outside the Vets? Perhaps to create a diversion for another group with another purpose.  On Wednesday, October 7, Toussaint again tried to enter the weekly briefing but was denied entry, caused a scene, and threatened police. Two nights later on Friday, October 9, Toussaint was arrested in a violent struggle( see police report below) with Providence police and she allegedly threatened to shoot and kill Providence police, (public official). Amanda Brooklyn Toussaint also allegedly bit a security officer and had to be sedated at the hospital.  By Monday, Toussaint was free and back on the highway at night with protesters and threatening a motorist who tried to go around the protesters. If Toussaint were a white Trump supporter, denied entry into the Raimondo briefing, showing up in front of the home of the Governor, menacing diners on Federal Hill, and getting arrested for threatening and fighting with police it would be the lead story on the news and in print. 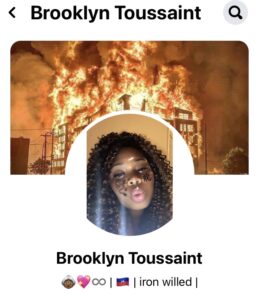 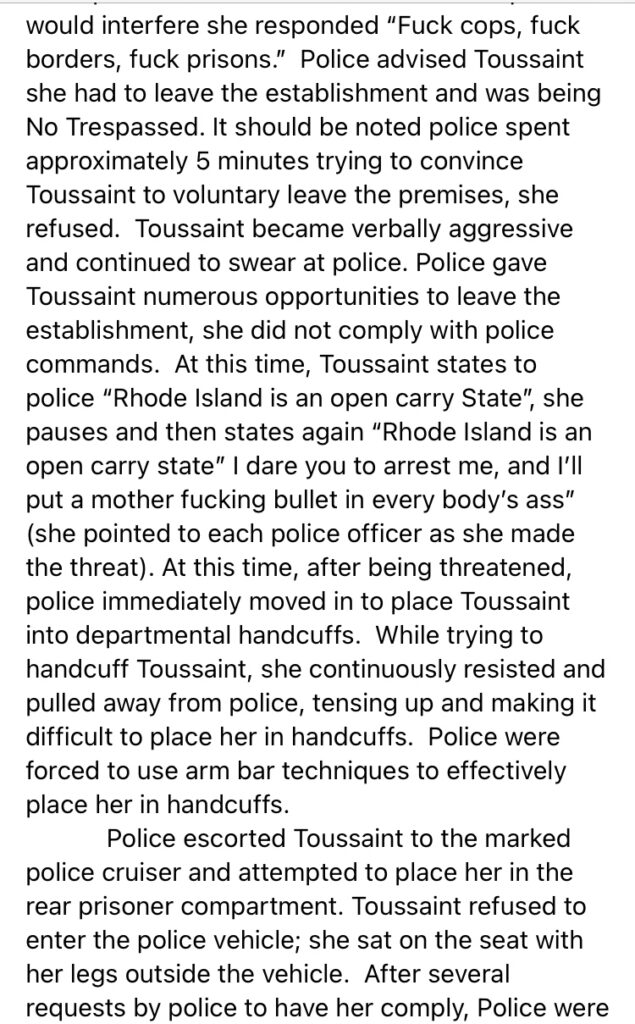 Toussaint is the leader of the violent street gang PROVX who run in the circles of Anarchist, Defund the Police, DARE, Direct Action PVD, and West End ANTIFA sympathizers. PROVX is portrayed by local media as a “peaceful activist youth group” but they are actually violent criminals ( some arrested for carrying knives) controlled and manipulated by socialist. There are members of the media that work with-in these violent groups( think Al Jazeera to Al-Qaeda) and try to push out propaganda on their behalf. Would these violent anarchists threatened the life of the Governor? Several members of law-enforcement have said that if these individuals carry knives and are willing to fight and assault police, anything is possible. Will the local media continue to protect these violent groups? 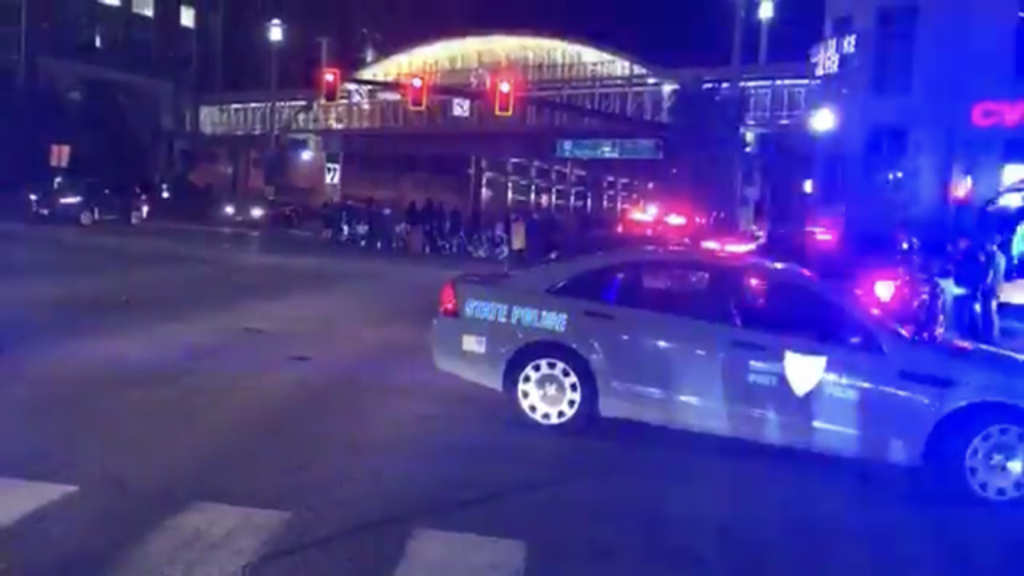 Will Chafee run for Governor?