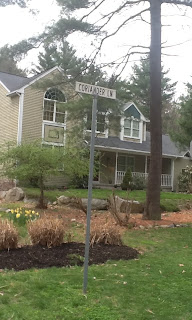 Neighbors in her quiet North Kingstown neighborhood say Katherine Russell was a normal, thriving young woman until her appearance  began to change in a dramatic way. She began to dress in full Muslim garb to the point that people in her neighborhood did not recognize her. A neighbor on her street in North Kingstown tells me they would notice a number of cars on weekends with Massachusetts plates, but never noticed any unusual activity. The home is that of her parents, but Katherine and her young daughter were seen there more frequently. 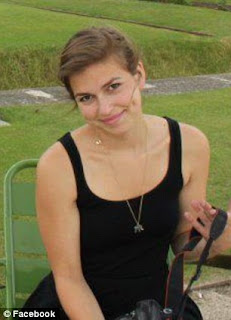 Katherine Russell is believed to be the wife of Tamerlan Tsarnaev, the older brother of the suspected Boston Marathon bombers. One neighbor told me Anna Russell, Katherine younger sister, had been a baby sitter  for her children and was polite and dependable. Neighbors told me Judith and Warren Russell would wave and smile but mostly kept to themselves. One neighbor with a son friendly with Anna Russell remembers Anna one time mentioning her parents were  ” not thrilled” with Katherine’s new Chechen boyfriend Tamerlan, but she did not say why.

All quiet at home of bombers widow in North Kingstown

Name of the boat was the Slipaway II

Should the FBI charge the bombers widow?

Good perspective in the closing days. If Biden loses, is cuz campaign was just “I’m not Trump!” and “Trump mishandled the Pandemic!” ok, but just barking“ I’d follow the scientists!” is a safe talking point, but is not a plan, voters were left skeptical. https://www.wsj.com/articles/not-trump-is-not-enough-to-govern-11603927057